Published in 2014, Cop Town by Karin Slaughter is set in Atlanta, 1974, and follows Kate Murphy who, as a brutal killing rocks the city, wonders if her first day on the police force will also be her last, for life is anything but easy in the male-dominated world of the Atlanta Police Department.

Kate isn’t the only woman on the force who is finding things tough. Maggie Lawson followed her uncle and brother into the ranks to prove her worth in their cynical eyes. When Maggie and Kate become partners and are sidelined in the search for the city’s cop killer, they decide to pursue their own line of investigation. But are they prepared to risk everything as they venture into the city’s darkest heart?

An action-packed crime thriller made for TV (why hasn’t this been adapted yet?!), Cop Town is a superbly written thriller with a brilliant 70s atmosphere.

As Slaughter’s first full-length standalone book, Cop Town was written in the middle of her Grant County/Will Trent series, and I love that Slaughter wanted to write a book that expanded on the setting of Atlanta with brand-new characters.

While I didn’t find Cop Town as shocking, gripping, or compelling as Slaughter’s series, the crime at the centre of this story is brutal and the investigation constantly had me guessing. I did find the ending a little underwhelming and a few developments didn’t sit comfortably with me, but I still felt completely invested in the story.

Most of all, Slaughter does a phenomenal job of transporting you to this gritty setting and era to highlight the everyday tensions that women had to experience at this time, and I feel like I learnt a lot from this book.

Not only is great to see more of the Georgia setting and to get a better feel for the kind of crimes that went on around this area, it’s also incredibly insightful to understand this time period better. I don’t know exactly when the Grant County series is set, but it seems to be around the same time, as there are a lot of changes going on regarding women and people of colour entering the workplace.

The themes of sexism and racism and of a woman’s role throughout society during this era are incredibly eye-opening. Sadly, some of the scenes could still have been written for today, but it’s shocking to see how these women were treated during this time and Slaughter sheds a strong light on some important issues.

Slaughter always writes such strong female characters and Cop Town is a pedestal for more of them. Kate and Maggie are so strong-willed despite the pressures against them, and I would definitely read another book centred around them. 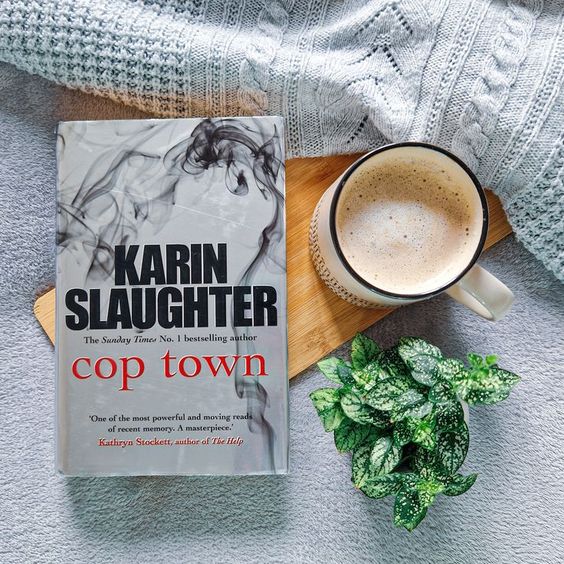