“I can draw a seedling with two tiny branches. Yours and mine. We’ll be on our own brand-new, tiny family tree—one that starts with us.”

Published in 2022, It Starts With Us by Colleen Hoover is a follow-up to It Ends With Us, and follows Lily and her ex-husband, Ryle, who have just settled into a civil co-parenting rhythm when she suddenly bumps into her first love, Atlas, again. After nearly two years separated, she is elated that for once, time is on their side, and she immediately says yes when Atlas asks her on a date.

But her excitement is quickly hampered by the knowledge that, though they are no longer married, Ryle is still very much a part of her life, and Atlas Corrigan is the one man he will hate being in his ex-wife and daughter’s life.

After loving It Ends With Us, I’m sure I felt like many readers after putting the book down. I was overcome with emotion and eager to see Lily and Atlas come out on the other side with a more positive story.

Was I eager for a sequel? Not necessarily, because I knew it was unlikely to live up to the standards of its powerful predecessor. So while my four stars may seem generous compared to the many other reviews I have read for this sequel, I suppose it’s because I kept my expectations low.

That’s not to say that I didn’t enjoy it, because there was a lot that I loved about the story. It was great to see things from Atlas’ perspective and to get to know him more, and to see the relationships he has built with those around him which were all very comforting. But everything else was quite basic, so nothing quite captured my heart in the same way that the first book did.

The most disappointing part was Atlas’ vows, because there really was no excuse for these being so mediocre and long. Had the book left me on more of an emotional high, I would have had nothing negative to say.

Overall, It Starts With Us was everything I expected it to be. It was satisfying to Lily and Atlas’ story developed further and give the conclusion we all wanted, but there were few surprises to take your breath away. 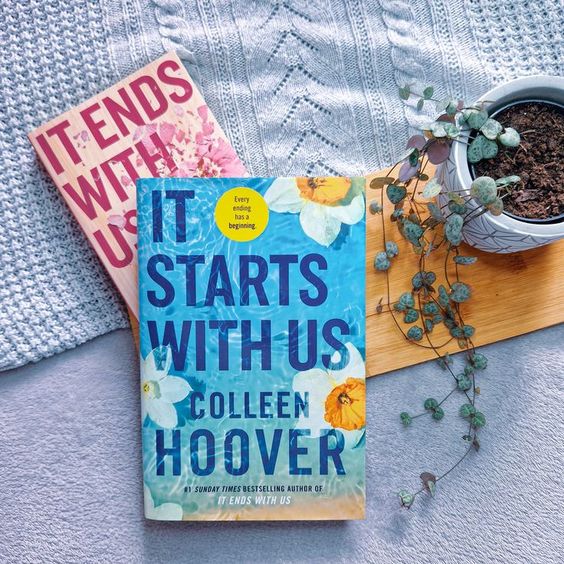