“HE’S NOT WHO HE SAYS HE IS. BUT THEN AGAIN, NEITHER IS SHE…”

Now released in paperback, Nobody But Us by Laure Van Rensburg follows Steven, a handsome, well-respected and Ellie, a young, wide-eyed student. Together, they are driving south from New York, for their first holiday together: three days in an isolated cabin, far from the city. Ahead of them, the promise of long, dark nights – and the chance to explore one another’s bodies, away from prying eyes. It should be a perfect, romantic trip for two. Except that he’s not who he says he is. But then again, neither is she…

Today is my stop on the blog tour. Thank you to Penguin Michael Joseph for a free copy of this book in exchange for an honest review.

A tense and gripping psychological thriller, Nobody But Us is a phenomenal debut with sharp writing, a striking atmosphere, and a pertinent influence.

This book had me absolutely engrossed. I could not stop thinking about it and had to finish it in one day as I was so excited to get back to the story. And the pace is so quick that I flew through its 400 pages.

I started off thinking that it felt quite sexy, but I knew that I would soon regret those thoughts, predicting a dark twist on the horizon. And the story is definitely turned on his head, as Rensburg brilliantly switches from enticing and promiscuous to intense and claustrophobic.

The story is similar to a particular highly-acclaimed film from a couple of years ago (I don’t want to give too much away!) which I loved, so I really enjoyed the comparisons here. I did think that the book was going to be darker with its promo of being about “2022’s most f***ed up couple” so it didn’t quite meet my expectations there. But this didn’t disappoint me at all, as what you actually get is so much more relevant, purposeful and impacting.

As a debut book, my mind is blown! So if you’re looking for a thriller that you won’t want to put down, make sure you pick up Nobody But Us! 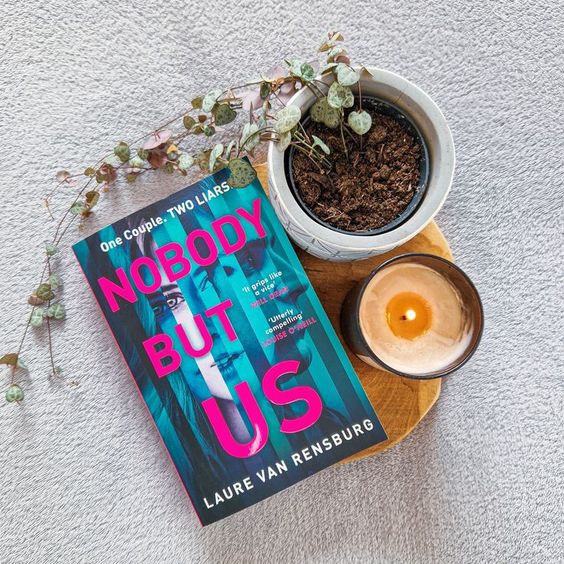