“Be glad of your human heart, Feyre. Pity those who don’t feel anything at all.”

The first book in Sarah J. Maas‘ ACOTAR series, A Court Of Thorns And Roses follows nineteen-year-old huntress Feyre who kills a wolf in the woods, a terrifying creature arrives to demand retribution. Dragged to a treacherous magical land she knows about only from legends, Feyre discovers that her captor is not truly a beast, but one of the lethal, immortal faeries who once ruled her world.

At least, he’s not a beast all the time. As she adapts to her new home, her feelings for the faerie, Tamlin, transform from icy hostility into a fiery passion that burns through every lie she’s been told about the beautiful, dangerous world of the Fae. But something is not right in the faerie lands. An ancient, wicked shadow is growing, and Feyre must find a way to stop it, or doom Tamlin — and his world — forever.

The ACOTAR series has been patiently waiting on my shelf for a year now. But while I was very cautious to pick up the first book, I made it my goal to do so before the end of the year.

Did I love it? Did I hate it? It’s hard to say really. I’m very much in the middle at the minute, and don’t completely understand why there is so much hype around it.

As someone who doesn’t read a lot of fantasy, the only thing I really look for is standout world-building, as that’s what will keep me gripped. But this book was lacking in that area for me, with very little context and descriptions.

If it wasn’t for the map at the start of the book or the mass amount of fan art, I wouldn’t have been able to picture the setting or characters at all. And even then, I only pictured a forest setting because it reminded me of The Hunger Games, so I was definitely searching for more detail.

As for the characters, they were fine too. I definitely wasn’t swooning over any of them, and I only started to warm to them at the end when something actually started to happen. They were – eventually – well developed, but they were all very one-dimensional at the start and it did take a good while for me to get interested.

This lack of emotion in the characters does make sense once the “twist” is revealed and that’s when things start to finally pick up pace. And it’s this aspect of the story which I liked most – the Beauty and The Beast twist with the elements of curses, looking behind the mask, and self-confidence.

Will I continue the series? So many people have told me that the second book is better and I do feel like this first book took a lot of effort to set the scene. So while I won’t be rushing to it, I will definitely give it a go at some point! 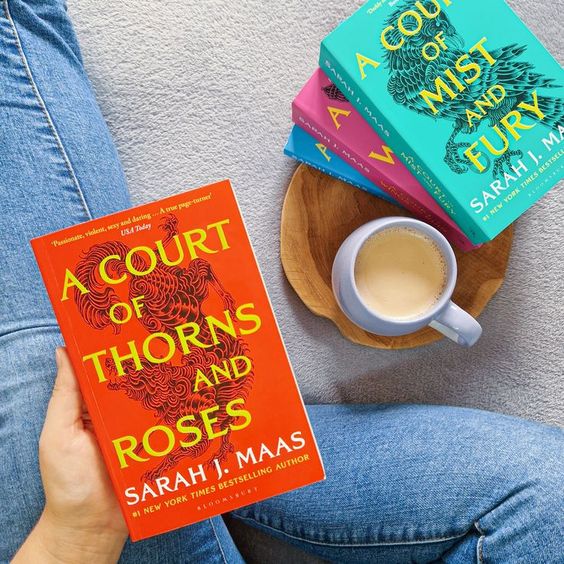