“Good job you didn’t turn on the lights…”

The fourth book in the Robert Hunter series and originally published in 2012, The Death Sculptor by Chris Carter follows Detective Robert Hunter and his partner Garcia as they investigate the death of prosecutor Derek Nicholson, who is found brutally murdered in his bed. The act seems senseless – Nicholson was terminally ill with only weeks to live. But what most shocks Hunter the most is the calling card the killer left behind.

For Hunter, there is no doubt that the killer is trying to communicate with the police, but the method is unlike anything he’s ever seen before. And what could the hidden message be? Just as they’ve found a lead, a new body is found, and a new calling card. But with no apparent link between the first and second victims, Hunter must race to put together the pieces of the investigation, before the Death Sculptor puts the final touches to his masterpiece.

Yet another dark and gritty instalment in this brilliant series, The Death Sculptor is a fast-paced cat-and-mouse chase to catch a sadistic killer who obviously has a vendetta against the victims they are torturing in the most gruesome of ways.

As always, Carter develops the investigation brilliantly and I again struggled to put this one down. I also tried really hard to guess the killer but I 100% had ruled them out, so the twists came as a huge surprise.

I didn’t find this instalment as gruesome as the others so far, but it put me more and more on edge as it went on to reveal the killer’s actions and intent. It’s certainly not for the squeamish. But for me, they are pure toe-curling entertainment!

I love Hunter and Garcia and their chemistry with each other often makes me smile, despite what’s going on around them. I also liked the introduction to Alice and hope we get to see a lot more of her.

Bring on One By One! 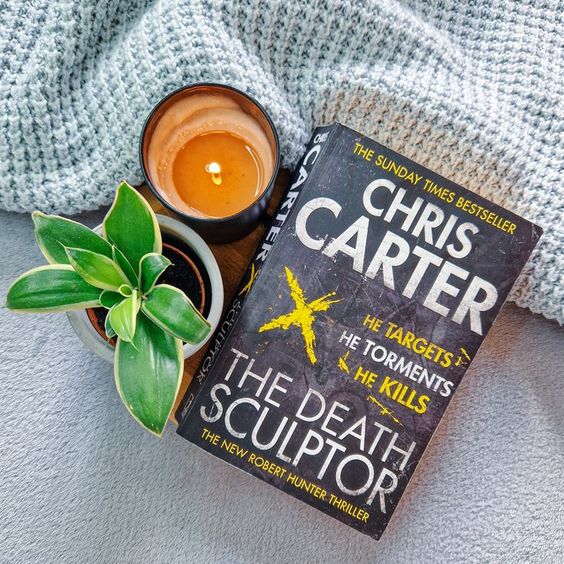