“The last person who called me Sweetpea ended up dead…”

Published in 2017 and the first book in a trilogy, Sweetpea by C.J. Skuse follows Rhiannon, your average girl next door, settled with her boyfriend and little dog. But she’s got a killer secret.

Although her childhood was haunted by a famous crime, Rhiannon’s life is normal now that her celebrity has dwindled. By day, her job as an editorial assistant is demeaning and unsatisfying. By evening, she dutifully listens to her friends’ plans for marriage and babies while secretly making a list. A kill list.

From the man at the grocery checkout who always mishandles her apples, to the driver who cuts her off on her way to work, to the people who have it coming, Rhiannon is ready to get her revenge. Because the girl everyone overlooks might be able to get away with murder.

Have you ever related to a serial killer before? Well, you’re about to! Brilliantly twisted and darkly funny, Sweetpea is a unique thriller that’s engaging from start to finish.

Rhiannon is a fantastic character. She’s sarcastic, inappropriate, outrageous, and hilarious. And although I wouldn’t quite be tempted to go to the same lengths as her, I loved her hit list of people who have annoyed her for the most mundane of things. I could totally relate to her hatred of people and socialising (to some level), and maybe that’s why I was backing her so much.

Sweetpea is sure to be unlike anything you have read before, and I’m so excited to continue the series!

The audiobook is narrated by Georgia Maguire and her performance had me absolutely hooked. At one point, my phone battery ran out and I was desperate to carry on listening. This is definitely an audiobook that I would recommend! 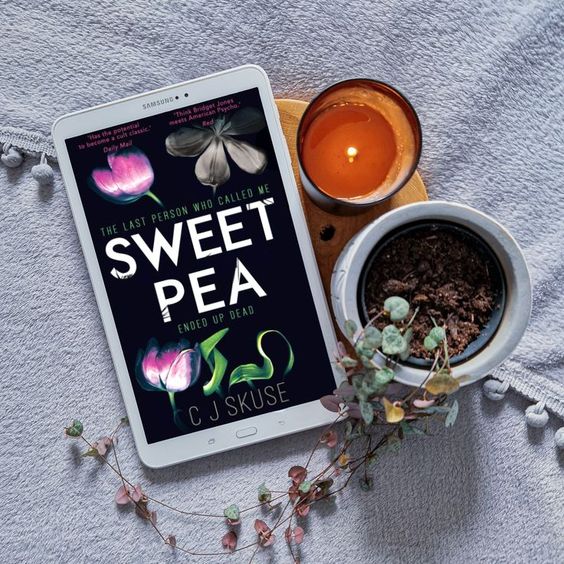