“The truth has no place in a courtroom. The truth doesn’t matter in a trial. The only thing that matters is what the prosecution can prove.”

Published in 2016 and the first book in Steve Cavanagh‘s Eddie Flynn series, The Defence follows con artist turned lawyer Eddie Flynn who has no choice but set foot into a courtroom for the first time in over a year. Because now, Olek Volchek, the infamous head of the Russian mafia in New York, has strapped a bomb to Eddie’s back and kidnapped his ten-year-old daughter.

Eddie only has 48 hours to defend Volchek in an impossible murder trial – and win – if wants to save his daughter. Under the scrutiny of the media and the FBI, Eddie must use his razor-sharp wit and every con artist trick in the book to defend his ‘client’ and ensure Amy’s safety. With the timer on his back ticking away, can Eddie convince the jury of the impossible? Lose this case, and he loses everything.

Having read three of the recent Eddie Flynn books, I was excited to go back to the beginning and see where it all began. And it was great to learn more about how Flynn began his career.

I love crime thrillers but I do tend to go off with them when they involve gangs/mobs, but that didn’t lessen my enjoyment of this instalment at all. Maybe had I not loved Flynn’s character so much beforehand, I might have wanted more time spend in the courtroom. But knowing Flynn would find the cleverest of ways to get the job done, I was constantly gripped by the story.

I do think that the later instalments have been darker, more twisted, and more compelling, but Cavanagh’s writing is just as complex and refined in this first book and it’s no wonder that this has gone on to be such a highly acclaimed series. 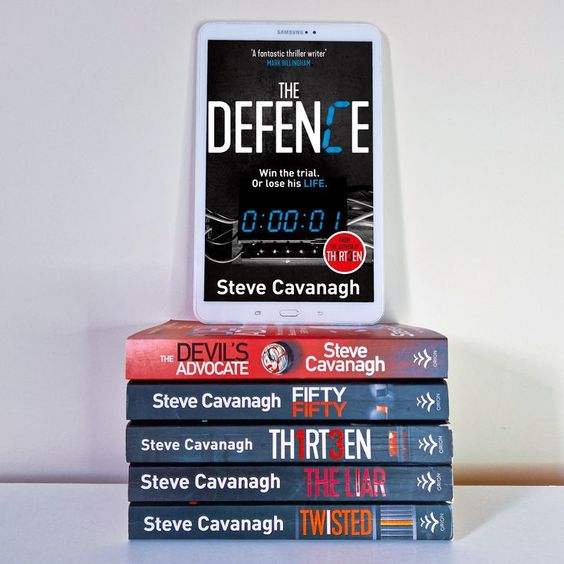