“A ship sets sail with a killer on board…”

Published in 2016, The North Water by Ian McGuire is set in 1859 as a man joins a whaling ship bound for the Arctic Circle. Having left the British Army with his reputation in tatters, Patrick Sumner has little option but to accept the position of ship’s surgeon on this ill-fated voyage. But when, deep into the journey, a cabin boy is discovered brutally killed, Sumner finds himself forced to act. Soon he will face an evil even greater than he had encountered at the siege of Delhi…

A brilliantly descriptive and atmospheric historical fiction, The North Water masterfully transports you to the world of whale harpooning in the Arctic in the 1800s, from the frozen landscape to the suffocating confinement of an ill-fated voyage.

The beautiful descriptions are both a blessing and a curse for me with this book. While I agree that McGuire does a fantastic job of capturing the reality of the relentless brutality and gruesomeness that these characters would have faced, the grim details were too much for me. Give me murder, blood, and gore any day. But rape, sodomy, venereal diseases, frequent descriptions of bodily fluids, and a bit of animal slaughter thrown on top of all of that were just too much. It made for a very difficult read at times, so I often felt too uncomfortable to fully enjoy it.

The book felt very similar to stories set around the same time that I have read and watched so that also took away some of the intensity for me. The murder mystery set aboard a merchant ship reminded me of The Devil And The Dark Water which is one of my favourite books, and the whaling voyage and survival story reminded me of the true stories, In The Heart Of The Sea and The Revenant. So whilst I might have been taken in by the atmosphere more had I not read similar, it just felt like a combination of these other books and films for me, which is just what happens sometimes.

I’ve recently watched the BBC adaptation of the book and the cast involved is absolutely brilliant. I found it a little slow at times, but the production is stunning and the time and setting are captured phenomenally. 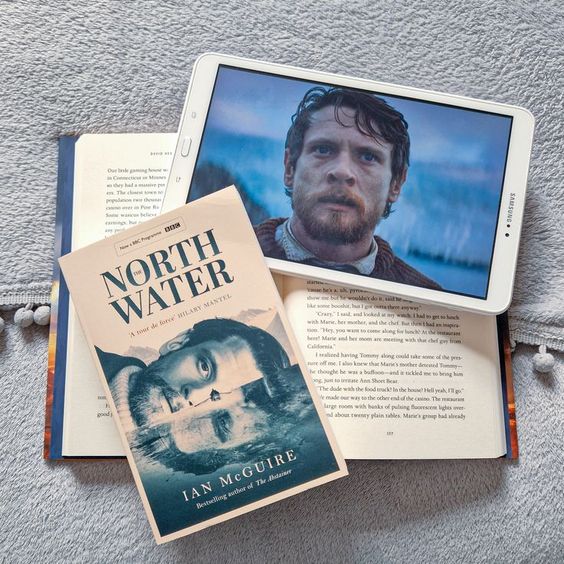