“A mystery about a woman searching for the truth around her husband’s disappearance… at any cost.”

Published in 2021, The Last Thing He Told Me by Laura Dave follows wife and stepmother Hannah who receives a note from her husband, Owen, telling her to “Protect Her”, before he mysteriously disappears.

Despite her confusion and fear, Hannah Hall knows exactly to whom the note refers: Owen’s sixteen-year-old daughter, Bailey. Bailey, who lost her mother tragically as a child. Bailey, who wants absolutely nothing to do with her new stepmother.

As Hannah’s increasingly desperate calls to Owen go unanswered and both the FBI and a US Marshal turn up on her doorstep, Hannah quickly realizes her husband isn’t who he said he was. And that Bailey just may hold the key to figuring out Owen’s true identity — and why he really disappeared.

When I saw that this was being adapted into a film starring Jennifer Garner and Nikolaj Coster-Waldau (set to be released on Apple TV+ sometime next year), I was eager to get my hands on this book!

But as usual, I was excited by the gorgeous water-fronted cover and beautiful font rather than from actually reading the synopsis, so this definitely wasn’t the story that I was expecting.

I knew this was going to be a very character-driven story, but I didn’t think that a scandal in the first few pages would be the thing to set these characters in motion. So I was a little worried at first, as the thought of a thriller centred around fraud and gang crime is not something that excites me.

The premise says that Hannah will do anything “at any cost” to find out the truth about her husband, but it’s not that gritty at all. Sure, there’s one slightly dangerous situation that she puts herself in, but this is definitely more of a drama with a domestic thriller twist than anything heavier.

But I’m glad things didn’t get more action-packed, as it was the promise of a mother and stepdaughter on a mission to find out the truth that I was most looking forward to. However, what I was searching for instead was more development between Hannah and Bailey, and I felt like absolutely nothing progressed in their relationship until the prologue, so it didn’t hit me emotionally as I wanted it to.

I’m definitely still looking forward to the series though, and I have a feeling that the relationship between Hannah and Bailey will come to life much better on-screen. 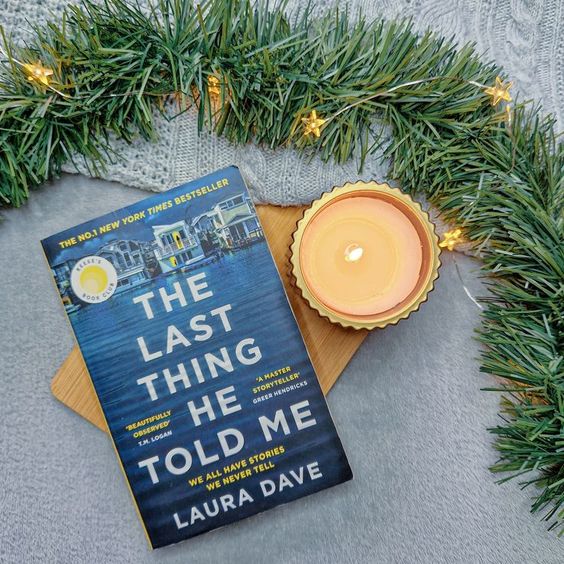