“She thinks she knows the truth. But what if she’s wrong?”

Set to be published on 19th January, The Other Guest by Heidi Perks follows Laila and her husband who arrive for a week’s holiday in Greece in desperate need of a reset. As Laila sits by the pool she finds herself inexplicably drawn to the other family staying in their resort. Em has no idea who Laila is, or that she has been watching her and her teenage sons and husband so intently.

Five days later their worlds will be blown apart by a horrifying event. Laila thinks she knows the truth of what happened. But in telling Em what she’s seen, she stands to lose everything she holds dear. And what if she’s got it wrong?

A well-written domestic thriller, The Other Guest is an intriguing mystery set in a luxury hotel resort and centred on a cast of dubious characters.

I loved the setting of this story and think it would make the perfect airport read. I supposed it helps that I went on my honeymoon to a resort in Greece which was far out of the way from any of the towns and residents, so it was easy for me to reminisce about being back there and sitting on a sunbed, so I immediately felt like I was in Laila’s shoes.

The story is told through multiple narratives, and I really enjoyed the contrast between the different perspectives, especially between Laila and her husband. There are obviously a lot of secrets bubbling on the surface and reasons for the character’s questionable actions, so I was interested to see how everything would play out.

But if you’re looking for a thriller that will shock with constant twists and unexpected revelations, then you will likely be disappointed. The Other Guest is definitely more domestic, and the pace is quite slow as it focuses on characters and relationships, following a much simpler plot than anything too dramatic.

The tension may have been mild, but I was still engaged throughout. And while the revelations are definitely more straightforward, I like how authentic the story felt, especially when Perks had spent so much time giving her characters so much depth.

I was expecting some more thriller elements, but I was certainly left satisfied all the same, and always enjoy how Perks so easily emerges me into her stories. 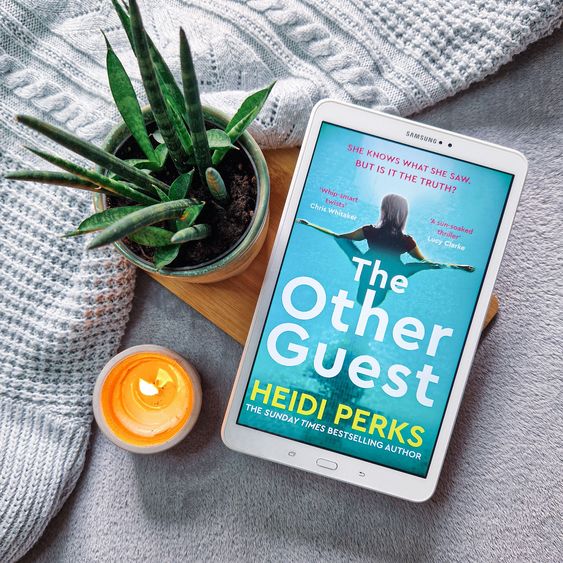 2 thoughts on “Book Review: The Other Guest by Heidi Perks”