“People said Ove saw the world in black and white. But she was colour. All the color he had.”

Originally published in 2012, A Man Called Ove by Fredrik Backman follows Ove, a curmudgeon, the kind of man who points at people he dislikes as if they were burglars caught outside his bedroom window. He has staunch principles, strict routines, and a short fuse. People call him the bitter neighbour from hell, but must Ove be bitter just because he doesn’t walk around with a smile plastered to his face all the time?

Behind the cranky exterior, there is a story and a sadness. So when one November morning a chatty young couple with two chatty young daughters move in next door and accidentally flatten Ove’s mailbox, it is the lead-in to a comical and heartwarming tale of unkempt cats, unexpected friendship, and the ancient art of backing up a U-Haul. All of which will change one cranky old man and a local residents’ association to their very foundations.

I have loved the books that I’ve read by Fredrik Backman so far. He’s a beautiful writer, and his stories always connect with me emotionally. But A Man Called Ove wasn’t a book that I was looking forward to, as I can’t think of anything worse than reading about a grumpy old man.

But I wanted to read it in time for the recent adaptation starring Tom Hanks. And just like everybody else, I have, of course, fallen in love with Ove.

I should never have doubted that Backman was the author to turn me around. He made me laugh, and he broke my heart, and he’s certainly made me think twice about considering others’ internal situations before judging their exteriors.

A lovely, heartwarming story, Ove is definitely a character that I think about often, and I’m excited to see Tom Hanks take on the role! 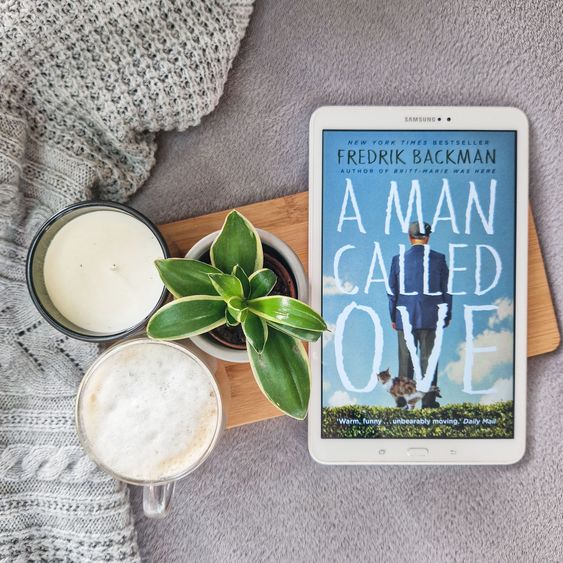