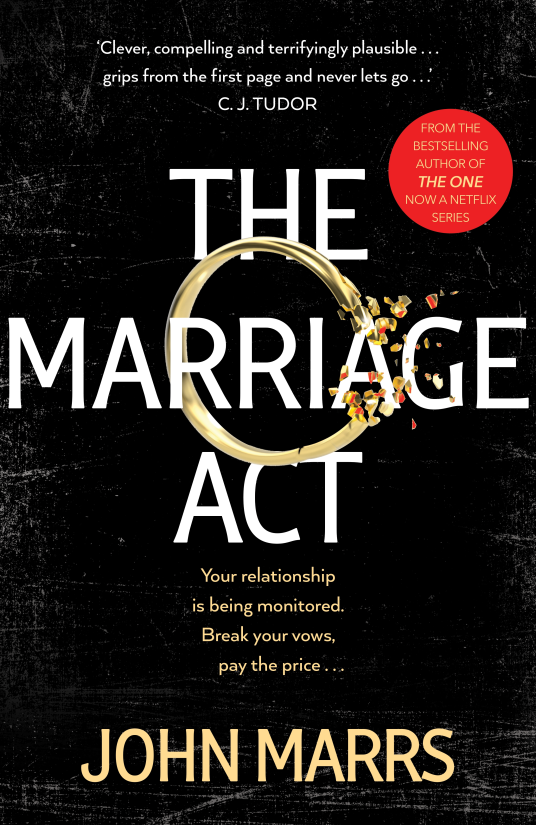 “What if marriage was the law? Dare you disobey?”

Set to be released on 19th January, The Marriage Act by John Marrs is set in the near future where a right-wing government believes it has the answer to society’s ills – the Sanctity of Marriage Act, which actively encourages marriage as the norm, punishing those who choose to remain single.

But four couples are about to discover just how impossible relationships can be when the government is monitoring every aspect of our personal lives, monitoring every word, every minor disagreement, and will use every tool in its arsenal to ensure everyone will love, honour and obey.

A high-octane and nerve-wracking thriller, The Marriage Act is another remarkably inventive and exceptionally exciting story from a talented author who is guaranteed to have you glued to the page.

Set in the same world as some of Marr’s other books, The Sanctity of Marriage Act has cleverly been developed from the Match Your DNA idea which began in The One, brilliantly showing how governments/companies can convince you to take more and more of your freedoms if you’re willing to sacrifice a little for the promise of more. From a bit of your DNA in return for your soul mate, to the invasion of your privacy and rights in return for better health care, future prospectives and financial well-being. What could go wrong?!

Using his trademark of multiple narratives to follow four sets of characters, this allows Marrs to explore various situations that stem from the same starting point. There are single characters who suffer because of their life choices, married couples who are forced to live a lie, and widowed characters who are desperate to hold on to their past. The complexity of Marr’s books does mean that it can be difficult to get to grips with so many characters at the start, but you soon fit all of the pieces together and see things as a bigger picture.

And of course, it wouldn’t be a John Marrs book with a bit of murder along the way. Not that this is needed to make this a terrifying read, as The Sanctity of Marriage Act is only a small part of this story. Marrs also looks at our use of social media and how ever-evolving technologies could soon be used, for both bad and good. Marrs’ ideas are all terrifyingly believable, and it just blows my mind how well-developed his fictional world is.

I’m positive that you could enjoy this as a standalone, but I would recommend that you read The One and The Passengers beforehand to get the full experience. Because although the story is self-contained, Marrs is building on the futuristic dystopian world that his speculative thrillers are all set in, so you’ll be able to admire Marrs’ brilliance at its fullest if you have some prior knowledge of the technologies he has developed throughout his books.

If you enjoy dystopian worlds or like the idea of an easy-to-engage with science fiction/thriller combo with an exciting and original premise, John Marrs is your man! 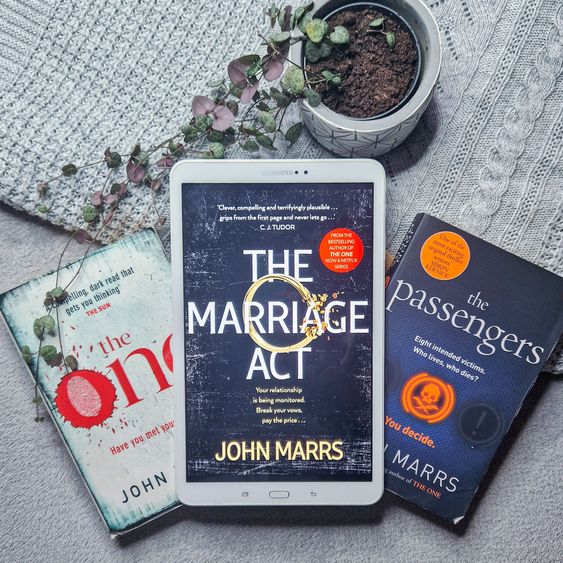