“You’ve done a bad thing. She has you in her sights. Now you’re going to pay.”

Set to be released on 17th January, Pretty Evil by Zoe Rosi follows Camilla Black: an affluent, respected, influential fashion magazine editor, who lives it up in her beautiful Mayfair apartment. But Camilla’s glamorous life is a lie. Behind her poised exterior beats the cold dark heart of a vigilante killer, a murderer hell-bent on wreaking vengeance upon bad men.

Camilla expects to get away with murder. She’s careful. And anyway, it’s worth the risk. She’s making the world a better place with each predator she kills. But when one of her victims’ bodies is unexpectedly found, his gruesome death is splashed all over the papers. To make matters worse, she’s now being pursued by Detective Wheelan, a new addition to the Met with laser-sharp focus and a worrying habit of solving impossible crimes…

She knows she should stop, but she can’t. Some men just deserve to die. Will Camilla’s insatiable appetite for justice be her downfall, or can she outsmart the police?

Thank you to the author for a free copy of this book in exchange for an honest review.

A gripping psychological thriller, Pretty Evil is a cleverly-plotted story with plenty of darkness to keep you hooked.

I had a lot of fun reading this one! Although you know that Camilla’s actions are wrong, you can’t help but like her. She’s complex and driven, but also humorous and very engaging, and I absolutely loved being inside her head.

The sex scenes weren’t so much for me, but I also think they added a lot to Camilla’s character. Her brutality, however, I could get behind! When I first saw this premise, I admittedly did think of Sweetpea which follows a similar perspective and main character. However, the two do feel very distinctive, and Camilla is most definitely her own character.

If you’re looking for a quick and hugely entertaining thriller, add this to your shelf! 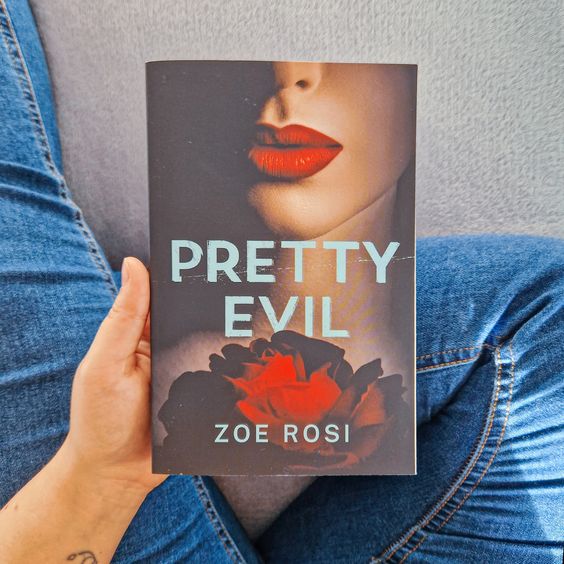