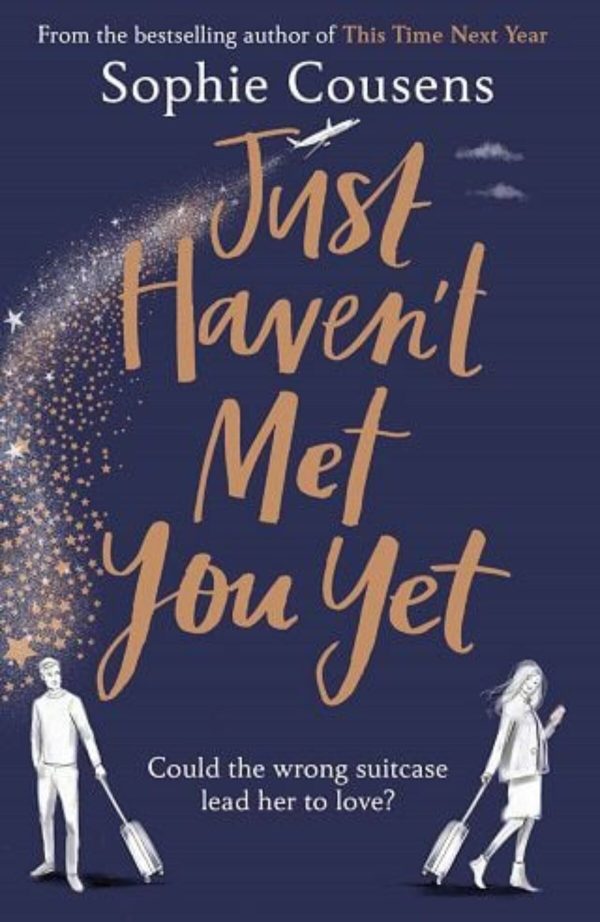 “Tell me the story of how you two met…”

Set to be published on 11th November, Just Haven’t Met You Yet by Sophie Cousens follows journalist Laura who spends her life asking couples the all-important question, “How did you meet?”. She has built a career out of finding the most epic love stories for her column on relationships. The trouble is that Laura has never had her own meet-cute. Thirty years old and single, she is starting to wonder if she’ll ever have her sliding doors moment. So when Laura picks up the wrong suitcase at the airport on a work trip to the Channel Islands, she gets the sign she has always dreamed of. She knows it’s crazy, but she can’t help but think that the owner of the suitcase might really be the man of her dreams. If Laura job has taught her anything, it’s that when it comes to love, you can’t just let the opportunity pass you by. She must make it her mission to return the suitcase, and maybe, finally find the one.

END_OF_DOCUMENT_TOKEN_TO_BE_REPLACED 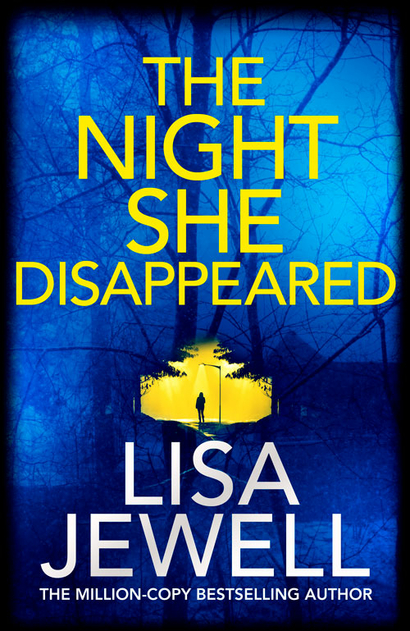 Set to be published on 22nd July, The Night She Disappeared by Lisa Jewell follows Grandmother Kim who is babysitting her teenage daughter Tallulah’s one-year-old son, Noah, so that she can go out on a date. But as the night turns into early morning, Kim is still waiting for her return. The next morning, Kim phones Tallulah’s friends who tell her that Tallulah was last seen heading to a party at a house in the nearby woods called Dark Place. But she never returns. A year later, Sophie is walking in the woods near the boarding school where her boyfriend has just started work as a head-teacher when she sees a note fixed to a tree which says “DIG HERE”. Is a clue to Tallulah’s disappearance finally about to be unearthed?

END_OF_DOCUMENT_TOKEN_TO_BE_REPLACED 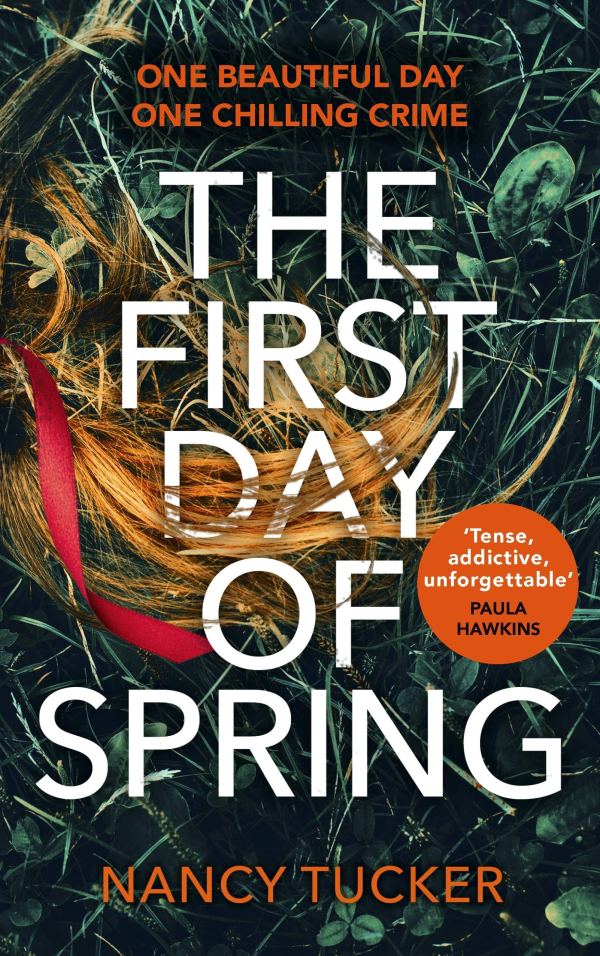 “I killed a little boy today. Held my hands around his throat, felt his blood pump hard against my thumbs. He wriggled and kicked and one of his knees caught me in the belly, a sharp lasso of pain. I roared. I squeezed. Sweat made it slippy between our skins but I didn’t let go, pressed and pressed until my nails were white. It was easier than I thought it would be.”

Set to be released in hardback on 24th June, The First Day Of Spring by Nancy Tucker follows eight-year-old Chrissie who has just killed a two-year-old boy. Her playmates are tearful and their mothers are terrified, keeping them locked up indoors. Her secret gives her a fizzing, sherbet feeling in her belly. She doesn’t get to feel power like this at home, where food is scarce and attention scarcer.

Fifteen years later, Julia works in a fish and chip shop and tries to mother her five-year-old daughter, Molly. She is always worried – about affording food and school shoes, about what the other mothers think of her. Most of all she worries that the social services are about to take Molly away. That’s when the phone calls begin. Julia is too afraid to answer because it’s clear the caller knows the truth – that Julia is Chrissie, living under the new name given to her when she was released from prison eight years before.

END_OF_DOCUMENT_TOKEN_TO_BE_REPLACED 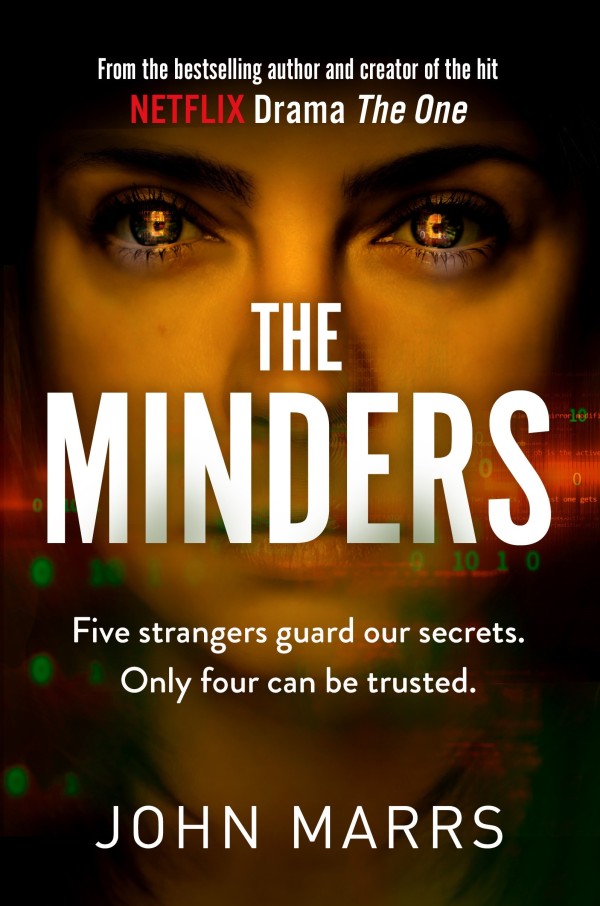 “Everyone has secrets. They know yours…”

The 2020 book from John Marrs, The Minders is set in a near-future world information is king. But computers can be hacked, files can be broken into. So a unique government initiative has been borne. Five ordinary people have been selected to become the latest weapon in thwarting cyber terrorism. A revolutionary medical procedure has turned them into the ultimate secret keepers – the country’s most secretive information has been taken offline and turned into genetic code implanted inside their heads. Together, the five know every secret – the truth behind every Government lie, conspiracy theory and cover-up. Only somebody has discovered who the secret keepers are. And one by one, they are being hunted down…

END_OF_DOCUMENT_TOKEN_TO_BE_REPLACED 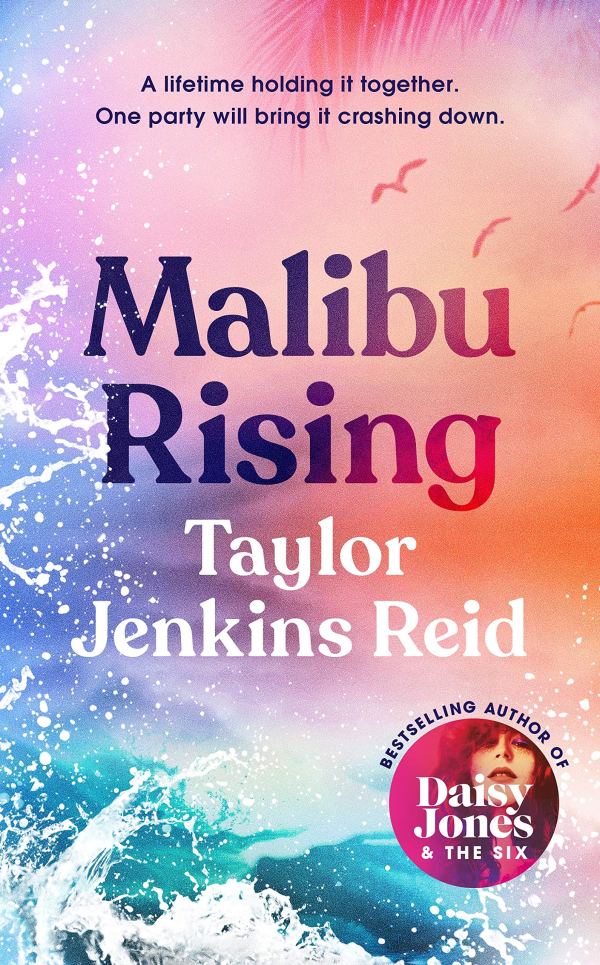 “A lifetime holding it together. One party will bring it crashing down.”

Set to be released on 27th May, Malibu Rising by Taylor Jenkins Reid is set in Malibu, August 1983. It’s the day of Nina Riva’s annual end-of-summer party, and anticipation is at a fever pitch. Everyone wants to be around the famous Rivas: Nina, the talented surfer and supermodel; Jay, a championship surfer; Hud, a renowned photographer; and their adored baby sister, Kit. The only people not looking forward to the party are the Rivas themselves, who all need to get something off their chests. By midnight the party will be completely out of control. By morning, the Riva mansion will have gone up in flames.

END_OF_DOCUMENT_TOKEN_TO_BE_REPLACED 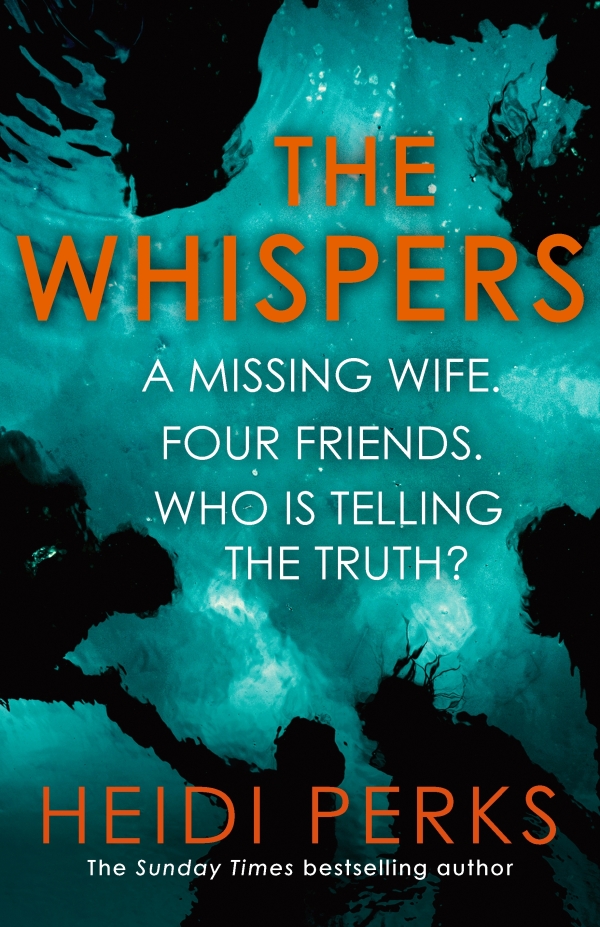 “A missing wife. Four friends. Who is telling the truth?”

Set to be released in hardback on 15th April and now available in eBook, The Whispers by Heidi Perks follows the disappearance of Anna Robinson who hasn’t been seen since she went on a night out with her four closest friends. She has a loving husband and a son she adores. Surely she wouldn’t abandon them and her perfect life? But what has happened to her? At the school gates, it’s not long before the rumours start. Anna’s oldest friend Grace is beside herself with worry – desperately searching for answers, and certain that someone is hiding the truth. With each day that passes, Anna’s life is under increasing threat. And as the pressure mounts, it won’t be long before something cracks…