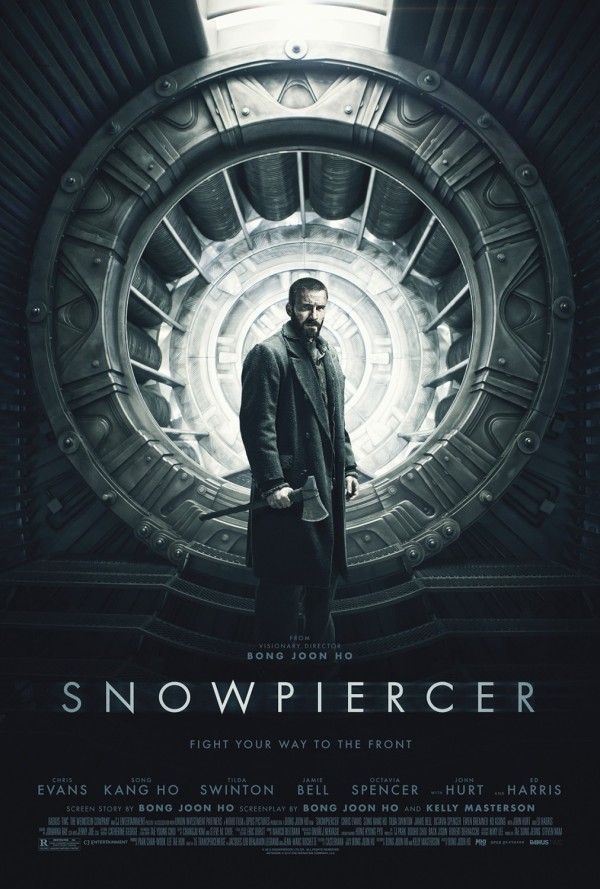 Based on the French graphic novel Le Transperceneige by Jacques Lob, Benjamin Legrand and Jean-Marc Rochette, Snowpiercer is an epic sci-fi that serves as Korean director Bong Joon Ho‘s English language debut. Set in a dystopian future world, the film follows the final survivors of Earth who have boarded the Snowpiercer, a train that travels around the globe via a perpetual-motion engine, after a failed global-warming experiment killed off all life on the planet. But for the few that remain, life only gets more difficult as a class system is enforced on the Snowpiercer’s passengers. When cryptic messages make their way to the back section of the train – into the hands of Curtis (Chris Evans), Edgar (Jamie Bell), Gilliam (John Hurt), Tanya (Octavia Spencer), and Andrew (Ewen Bremner) – the less fortunate of the survivors are incited to revolt, thrusting the train full-throttle towards disaster, as those at the front of the train – Wilford (Ed Harris) and Mason (Tilda Swinton) – must do their utmost to maintain control.