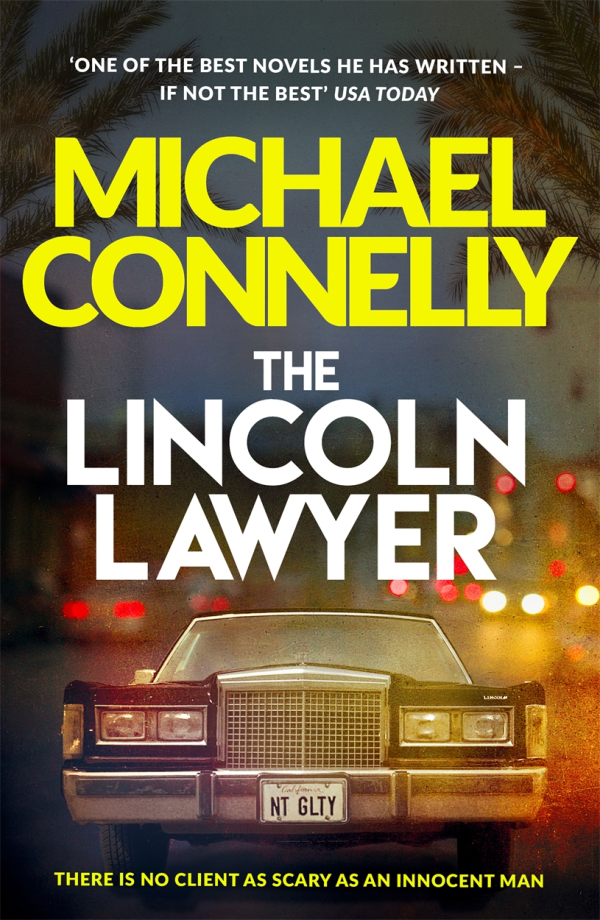 “There is no client as scary as an innocent man.”

Originally published in 2005 and the first book in the Mickey Haller series, The Lincoln Lawyer by Michael Connelly follows criminal defence attorney Mickey Haller who operates out of the back seat of his Lincoln Town Car. Travelling between the courthouses of LA, he defends clients of every kind – bikers, con artists, drunk drivers, drug dealers. For Haller, the law is rarely about guilt or innocence — it’s about negotiation and manipulation. Sometimes it’s even about justice.

But when a Beverly Hills playboy is arrested for attacking a woman and he chooses Haller to defend him, Mickey has his first high-paying client in years. It is a defence attorney’s dream. And, as the evidence stacks up, Haller comes to believe this may be the easiest case of his career. But then someone close to him is murdered, and Haller discovers that his search for innocence has brought him face-to-face with pure evil. To escape without being burned, he must deploy every tactic — this time to save his own life.

END_OF_DOCUMENT_TOKEN_TO_BE_REPLACED

The sixth book in Steve Cavanagh‘s Eddie Flynn series and published in 2021, The Devil’s Advocate sees New York lawyer Eddie Flynn travels south to take on Randal Korn, the King of Death Row, known for sending more men to their deaths than any district attorney in the history of the United States. Flynn is there to defend Andy Dubois, who was forced to wrongly confess to the murder of a young woman. Everyone in Buckstown believes Andy is guilty. He has no hope of a fair trial. And the local defence attorney assigned to represent him has disappeared. Flynn plans to destroy the prosecutor’s case, find the real killer and save Andy from the electric chair. But the murders are just beginning. Is Eddie Flynn next?

END_OF_DOCUMENT_TOKEN_TO_BE_REPLACED

“A stranger in need – would you invite them into your home?”

Released on 7th July 2022, The Woman On The Bridge by Holly Seddon follows lonely Charlotte Wilderwood who, in the middle of nowhere, saves a runaway bride from falling to her death. Soon, Maggie is staying in Charlotte’s home, safely hidden from the man that she was so desperate to escape. The immediate bond between the two women eclipses anything they’ve ever known and before long they will go to extreme lengths to protect each other. But is Maggie the best friend Charlotte has always dreamed about? Or the nightmare she never saw coming?

END_OF_DOCUMENT_TOKEN_TO_BE_REPLACED

“KEEP YOUR FAMILY SAFE.
WHATEVER THE COST…”

Set to be released on 23rd June, The Guest House by Robin Morgan-Bentley follows Jamie and Victoria who are expecting their first baby. With a few weeks to go, they head off for a final weekend break in a remote part of the North Pennines. The small and peaceful guesthouse is the ideal location to unwind together before becoming parents. Upon arrival, they are greeted by Barry and Fiona, the older couple who run the guesthouse. They cook them dinner and show them to their room before retreating to bed themselves. The next morning, Jamie and Victoria wake to find the house deserted. Barry and Fiona are nowhere to be seen. All the doors are locked. Both their mobile phones and car keys have disappeared. Even though it’s a few weeks early, Victoria knows the contractions are starting. The baby is coming, and there’s no way out.

END_OF_DOCUMENT_TOKEN_TO_BE_REPLACED 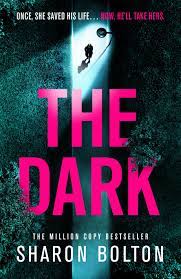 The fifth book in the Lacey Flint series, The Dark by Sharon Bolton sees off-duty police officer Lacey Flint witness a baby snatched from its pram and cast into the river Thames. But who would want to hurt a child? DCI Mark Joesbury has been expecting this. Monitoring a complex network of dark web sites, Joesbury and his team have spotted a new terrorist threat from the extremist, women-hating, group known as ‘incels’. Joesbury’s team are trying to infiltrate the ring of power at its core, but the dark web is built for anonymity, and the incel army is vast.

Pressure builds when the team learn the snatched child was just the first in a series of violent attacks designed to terrorise women. Worse, the leaders of the movement seem to have singled out Lacey as the embodiment of everything they hate, placing her in terrible danger…

END_OF_DOCUMENT_TOKEN_TO_BE_REPLACED

“IT WAS JUST SUPPOSED TO BE A FAMILY VACATION.
A TERRIBLE ACCIDENT CHANGED EVERYTHING.
YOU DON’T KNOW WHAT YOU’RE CAPABLE OF UNTIL THEY COME FOR YOUR FAMILY.”

END_OF_DOCUMENT_TOKEN_TO_BE_REPLACED 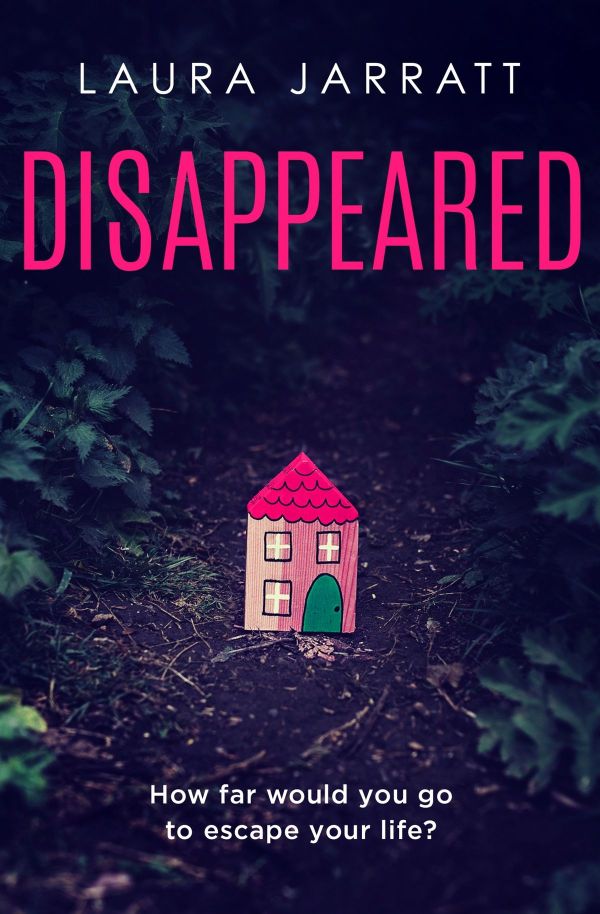 Set to be published on 17th February, Disappeared by Laura Jarratt follows the interlinking stories of three women. Cerys has just walked out of her comfortable life, planning never to return as she stands on a hillside, watching her car set alight and believing that this is the end. That’s when Lily walks into her life. Lily is on the run with her young child, as the two women strike a fierce bond. Can they keep each other safe? Can they trust each other? Or are the pasts they’ve escaped too much for either of them to bear?

END_OF_DOCUMENT_TOKEN_TO_BE_REPLACED

“We’re best friends. We trust each other. But… We are all liars.”

Set to be released on 30th September, We Are All Liars by Carys Jones follows five friends – Allie, Stacie, Diana, Emily and Gail – who have been by each other’s sides for as long as they can remember. But growing up has meant growing apart. And little white lies have grown into devastating secrets.

When Gail invites the increasingly estranged friends to reunite at her Scottish cabin, it could be the opportunity to mend old wounds and heal the cracks in their friendship. But when a freak snowstorm rocks the cabin and one of the girls is found dead on the ice, their weekend away becomes a race against time – and each other – to get off the mountain alive.

And in the end, whose story can you trust when everything was founded on lies to begin with?

END_OF_DOCUMENT_TOKEN_TO_BE_REPLACED 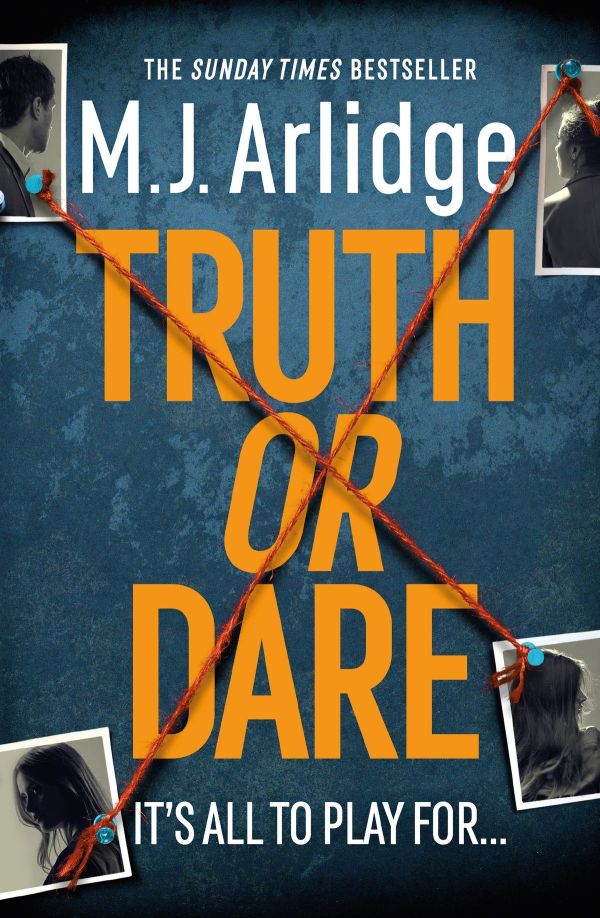 “A murderous arson attack at the docks. A brutal carjacking in a deserted car park. A fatal hammer attack in a lonely country park. Crimes without motive, without suspects, without leads.”

Set to be released on 24th June and the tenth book in M.J. Arlidge‘s Helen Grace series, Truth or Dare sees Detective Inspector Helen Grace faced with a series of crimes that seem to have no connection. But each crime is a piece of a puzzle – with many more pieces still to come. And as they gradually fall into place, Helen comes to realise just how twisted and devious this web of crime is – and how impossible it will be to stop it.

END_OF_DOCUMENT_TOKEN_TO_BE_REPLACED

“Edward Fosca is a murderer. Of this Mariana is certain. But Fosca is untouchable. A handsome and charismatic Greek Tragedy professor at Cambridge University, Fosca is adored by staff and students alike—particularly by the members of a secret society of female students known as The Maidens.”

Set to be published on 10th June, The Maidens by Alex Michaelides follows Mariana, a group therapist struggling through her private grief, who returns to St Christopher’s College, Cambridge, the place where she met her late husband, to support her niece, Zoe, at the tragic scene of her best friend’s murder. As memory and mystery entangle Mariana, she grows curious about an exclusive set of students known as The Maidens. A group under the sinister influence of the enigmatic professor Edward Fosca. A man who seems to know more than anyone about the murders – and the victims. And the man who will become the prime suspect in Mariana’s investigation – an obsession which will unravel everything…

END_OF_DOCUMENT_TOKEN_TO_BE_REPLACED

Set to be released on 4th March, Hunted by Alex Knight follows San Francisco police officer Jake Ellis who is woken early by banging on the door. It’s a young girl, the daughter of his girlfriend. She’s scared, covered in blood, and says that her mother is hurt. Jake lets her in to try and find out what’s happened when his phone lights up with an Amber alert. It says that a child has been abducted by a dangerous suspect. The suspect? Him.

END_OF_DOCUMENT_TOKEN_TO_BE_REPLACED

“He’s not here yet. But he will be, soon, and when Matty sees him too, everyone will know she is telling the truth about what’s been disturbing her nighttime for the past few months.”

Set to be released on 4th February, Shadow Of A Doubt by Michelle Davies follows Cara who, twenty-six years ago, was sent to a psychiatric unit for killing her brother in their family home. But the truth is, she didn’t do it. The whole world believed that eight-year-old Cara killed her younger brother on that fateful night, but she blamed it on a paranormal entity she swears was haunting her house. No one believed her and, after two years of treatment in a psychiatric unit for delusional disorder, Cara was shunned by her remaining family and put into foster care. Now she’s being forced to return to the family home for the first time since her brother’s death, but what if she’s about to re-discover the evil that was lurking inside its walls?

END_OF_DOCUMENT_TOKEN_TO_BE_REPLACED

Guardian Live Docs brings together some of the most compelling feature-length documentaries from around the world, in a double bill every month with a new Guardian commissioned short documentary.