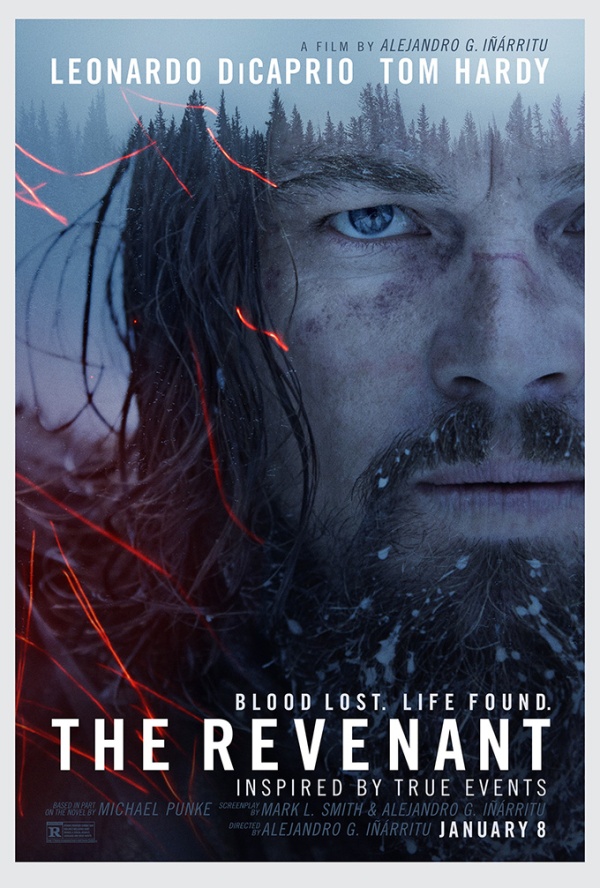 This year’s biggest Oscar contender, The Revenant, is based in part on Michael Punke‘s The Revenant: A Novel of Revenge, which is inspired by the experiences of the legendary explorer, frontiersman and fur trapper, Hugh Glass, set in the 1820s. Directed by Alejandro González Iñárritu, the film follows Hugh Glass (Leonardo DiCaprio) on expedition with his son, Hawk (Forrest Goodluck), and his hunting team – including Captain Andrew Henry (Domhnall Gleeson), John Fitzgerald (Tom Hardy), and Jim Bridger (Will Poulter) – when Hugh is brutally attacked by a bear. Left for dead, Glass must navigate a vicious winter in a relentless pursuit to live and find redemption, in a quest to survive and seek revenge on the man to blame.