This week’s feature sees the release of Tully, Pacific Rim: Uprising, I Got Life!, Wildling, Life Itself, Truth or Dare, and 10×10. 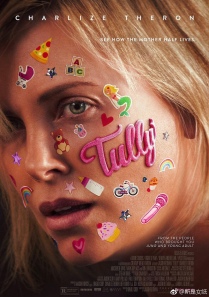 Synopsis: New York mother of two Marlo is about to have her third child. Overwhelmed and desperate, she accepts the offer of a “night nanny” from her wealthy brother. Tully is sharp, sexy and slickly efficient, looking after the baby while Marlo and her husband sleep. However, as Tully’s ministrations work wonders, Marlo can’t help wondering: where’s the catch?

Review: The third collaboration between director Jason Reitman and screenwriter Diablo Cody (after the successful Juno and Young Adult), Tully is an immensely raw drama about the struggles of becoming a mother. Rightfully so, the film has been praised for the unique and honest approach it has taken to one of the biggest changes that a woman can go through, a change that nothing can prepare you for. 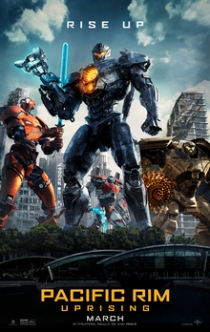 Synopsis: This sequel follows the son of Idris Elba’s Stacker Pentecost from the original and finds himself facing a new threat from the Kaiju, the giant submarine monsters. A burnt-out Jake reunites with Mako Mori to lead a new generation of Jaeger pilots against a fresh menace from the deep.

Review: I actually quite liked the first Pacific Rim film even though many people thought that it was a disappointment. This sequel is definitely a disappointment, though. It is very generic and doesn’t do anything more than the first film did, so there’s nothing exciting or original about it. Not even the Kaijus appear that threatening. Instead, I was almost convinced that this was a Power Rangers film. The “twist” toward the end doesn’t make any sense, either, not unless this alien race understands human wit and satire better than most humans do. Very poor writing lets much of it down. 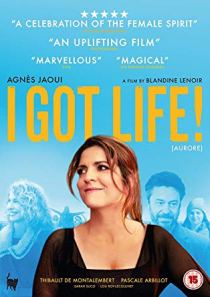 Synopsis: Menopausal French waitress Aurore quits her job at the same time that she separates from her husband. The soon-to-be grandmother thinks life has left her behind, when she runs into her old high-school sweetheart, Totoche. In French with English subs. 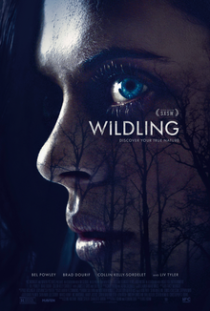 Synopsis: Teenager Anna is rescued from the locked attic where she has grown up under the eye of the man she calls “Daddy”. He’s told her to fear the Wildling, a terrifying beast with razor teeth that snatches and devours children. Taken under the wing of the town’s sheriff Ellen, Anna is able to experience a normal teenage life. But can she really escape her past? (Note: I have added the trailer below but I would advise you don’t watch it as it gives everything away.) 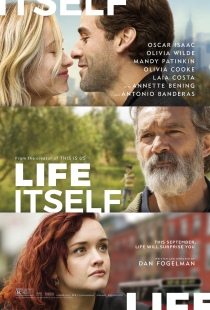 Synopsis: As a young New York couple move from college romance to marriage and parenthood, the unexpected twists of their journey create reverberations that echo over continents and lifetimes. A multi-generational saga set in New York and Carmona, Spain, the film is a celebration of the human condition laced with humour, poignancy and love.

Review: When a film has an ensemble cast of talented actors of different ages and is set in different countries, it’s obvious that the film is going to try and impress you with a surprise connection. With the tagline “We’re all part of a greater story”, Life Itself‘s intentions are quite obvious. We know that it’s all going to be linked in some way, so there are no surprises there, but it’s all about how it comes together as to whether it will impress us or not. 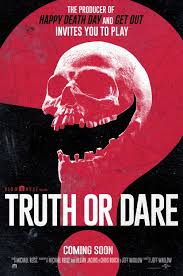 Synopsis: A group of friends make the mistake of taking the “Truth or Dare” challenge to another level. While on spring break in Mexico, the college kids – led by do-gooding Olivia – get duped into playing the game inside a creepy chapel by a stranger who reveals that he only befriended them to get them to take part and save himself. They dismiss the claim as a wind-up, but then nasty things start happening. Truth or Dare, or you die.

Review: Creepy “Truth or Dare” face aside (obviously only done to make itself distinguishable), I thought this was a fairly decent teen horror. The acting was okay, the story was explored well enough, and there were a few surprises. It wasn’t completely daring but it did try to add a personal touch and use the truths to develop the characters, but much of it is obvious, especially with the modern day twist at the end. 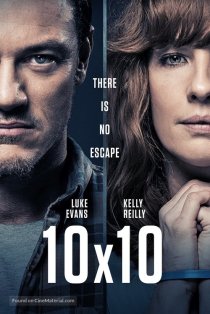 Synopsis: Suburban florist Cathy is just about to get into her car when she is violently grabbed and taken to a padded room inside a luxury house in the Georgia countryside. Her abductor is Lewis, and it slowly becomes clear that what he wants from her is related to a dark episode in her past.

Review: I was really looking forward to a thriller starring Luke Evans and Kelly Reilly. The premise seemed interesting enough but by the time my suspense had been built up, the film ended. In the end, none of the twists or turns surprised me enough and I found it pretty forgettable.