“After ten years living in a city, it was strange not to see any streetlights or passing cars, the only lights coming from the main beam of my headlights and the stars in the sky, visible to me for the first time in forever. These roads had once been as familiar to me as breathing, but I found myself frowning with concentration, making my way cautiously, searching for the house I had vowed never to return to.”

Coming Home to Glendale Hall by Victoria Walters was originally published in 2019 and is the first in a trilogy of books that follows Beth Williams and set at her family’s Scottish estate, Glendale Hall. Beth hasn’t been home for ten years, not since she ran away at sixteen after falling pregnant. Rather than risk her family’s disapproval, she’s worked hard to build a life for herself and daughter Izzy. But now, she’s finally returning home. As Beth tries to mend her broken family ties and fights to bring the community of Glendale back together, she realises that the story she has told herself for a decade might well be a very different one from the truth. Even though she ran from Glendale, it has never left her heart. Neither has Drew, Beth’s first love. But will Beth be able to forgive her family for what happened ten years ago? And what will Drew say when he discovers the secret she’s been keeping from him for so long? Let’s hope Christmas can work its magic on Glendale Hall, because Beth’s going to need some help.

Coming Home to Glendale Hall is a heart-warming and cosy festive read about reconciliations, forgiveness, coming together with family, and the importance of community.

Full of family tensions, guilt, and misunderstandings, Coming Home to Glendale Hall is an easy book to relate to. As much as we look forward to some family time at Christmas, there are always conflicts or dreads, meaning that it’s usually a time that emotions run high and conflicts arise. So we’re all bound to have felt some of Beth’s worries at times. But Christmas is also a time to let things lie, to make amends and to focus on what’s important.

And that’s why this is such a lovely book. So much in Beth’s life has gone in a different direction to what she had imagined for herself, but sometimes things happen for a reason. Now, she is brought back to her family, to her old friends, and to her first love, as she is forced to face up to a world that she ran away from.

I loved her strength of character, but it was the mother-daughter relationships with her daughter and her mother that I found most engaging. Although I thought that the book had a slow start, I soon got into its warm festive spirit. With brilliant details of the hall, the town, and the snowy trail, I quickly likened to the characters just as much as I did the setting.

This would make a brilliant Christmas film. I would love to see the hall and the trail brought to life and to swoon over the hopeful romance. As cheesy and cliche as the romance is, it’s exactly what you want from a festive story. Sometimes you need something light-hearted to cosy into winter with, and I could definitely do that with Beth, Drew and Izzy.

The epilogue put a huge smile on my face and I’ve already downloaded the next book in the series to see how their stories progress from here. 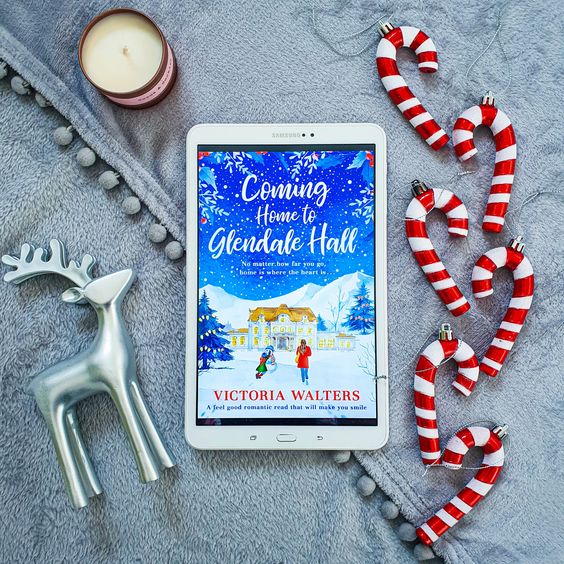