“The party was supposed to be the highlight of the summer. If only I’d known that night would destroy our lives…”

Set to be released on 8th June, The Street Party by Claire Seeber focuses on the events leading up to, including and following a community party. All the neighbours are laughing, drinking, and getting along, as the night finishes with a spectacular fireworks show. But when most of the neighbours have returned home and gone to bed, something happens, and everyone saw something different. It’s one person’s word against another. But how can these neighbours find out what really happened that night without everyone finding out their own secrets?

The Street Party is a difficult book for me to review as I feel like the marketing was a little off for this one. My issue with it is that it wasn’t what I thought it was going to be. And that’s difficult to put into words as I don’t want to criticise when the author has written a good book. It just wasn’t the book that was sold to me.

So if you’re after a gripping psychological thriller, that isn’t what you’re going to get. Instead, The Street Party is much more of a domestic drama, centred around the conflicts of a group of adults from different classes, who deal very differently with an issue they are faced with regarding their children.

And if that was what I was prepared for, I would have been able to enjoy this a lot more. But I was expecting a more intense thriller that begins with this big event. The actual party, however, doesn’t happen until the 70% mark, so this part of the story only takes up about 20% of the book.

This 20% of the book did really stand out, though. Seeber has some interesting things to say through her characters and this is where the intrigue really comes into play. I eventually began to connect to the characters more and even looked forward to how the story would come to an end.

But because the synopsis is quite deceiving, it feels like there’s an awful lot of set-up that focuses on the adults beforehand. While this allows you to get to know each family individually and the various conflicts weaving between them, you spend a lot of time waiting for the synopsis to kick off and it, therefore, feels like a real slow burn.

If the synopsis had been broader, I wouldn’t have been waiting for something more. Instead, I’m left a little disappointed by the focus elsewhere that didn’t quite come together for me.

I would most definitely recommend this book, but I would warn you to expect a drama rather than a thriller, and then I’m sure you’ll appreciate Seeber’s story a lot more. 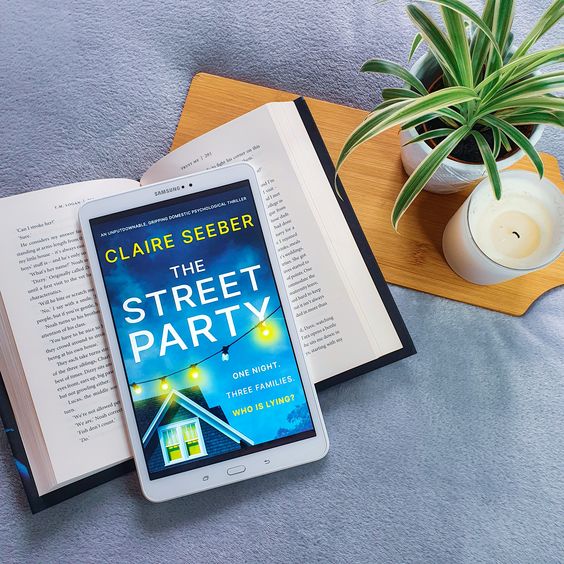