“Some say the river drowned her… Some say it brought her back to life.”

Originally published in 2019, Once Upon A River by Diane Setterfield is set on a dark midwinter’s night in an ancient inn on the Thames, where the regulars are entertaining themselves by telling stories. Suddenly, the door bursts open and in steps an injured stranger. In his arms is the drowned corpse of a child. Hours later, the dead girl stirs, takes a breath and returns to life. Is it a miracle? Is it magic? And who does the little girl belong to?

Once Upon A River is a beautifully crafted and richly atmospheric story that oozes with dark magic, mystical suspense, and powerful connections.

A multi-layered story, I was constantly intrigued by the many characters and their individual stories, desperate to find out who this girl was, how she came back to life, and why so many people believed that she belonged to them.

Balancing on the border of reality and supernatural, I loved the fantasy/fairy tale undertones which allowed the story to break boundaries and step into the unexplainable. But my opinion on stories that cross genres heavily rely on the answers that are revealed, so I wasn’t sure if I was going to love it or not. Now, having turned the final page, I can’t stop thinking about it.

I found every character so fascinating and really enjoyed the relationships that developed from this mysterious event. The gothic atmosphere consumed me, too, and I felt completely washed up in Setterfield’s beautiful prose.

With a sprinkle of folklore and a touch of the supernatural, Once Upon A River is a truly magnificent story, and I look forward to reading more by Setterfield in the future. 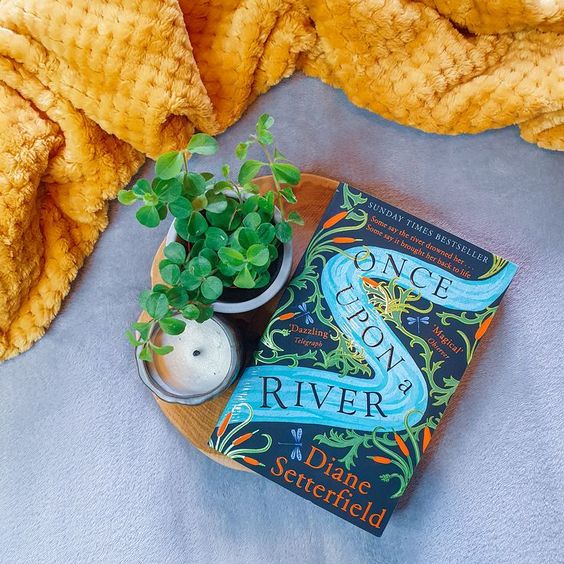