“She is his doctor. He will be her downfall.”

Set to be released on 28th April, The Patient by Jane Shemilt follows 49-year-old Rachel, a GP, a wife and a mother. When she welcomes Luc, a new patient, into her exam room, the attraction is instant. Having failed a patient with depression and anxiety recently, she gives him the drugs he needs. In doing so, risks everything. And when a secret is exposed, they’re both in the firing line. Not all patients are telling the truth.

The Patient is a slow-burning mystery about secrets, lust, and the need to feel appreciated.

Firstly, the synopsis does nothing for this book as it doesn’t give any of the main story away, merely stating that there are two characters who are attracted to one another. So I was pleasantly surprised by how everything developed instead, as The Patient is a much more character-focused story full of suspense than what I was expecting.

Although there are many thriller elements thrown in, this book is really about Rachel, a middle-aged woman who has reached an age where she is starting to feel invisible in her life. Her husband is focusing on his career, while her daughter no longer needs her support or affection. It’s such a great focus for the story as I found Rachel really compelling, trying to understand how I would feel in her situation and if I would react in the same way.

However, Rachel’s relationship with her daughter, Lizzie, felt like a missed opportunity to me. I wanted to feel the tension between these two and see the emotions that were boiling up, but Lizzie’s excuses came far too late. While I understand the conflicts that can arise between mother and daughter, Lizzie’s attitude wasn’t explained until the final few chapters, so her actions came across as ignorant and cruel instead of understandable and sympathetic.

I also found the layout of the story a little messy. The story is told in two timelines – past and present – whilst the dates at the top of each chapter are in chronological order. So I didn’t really see the point in this. I was constantly on the lookout for a jump forwards in backwards in time. But instead, the timelines intertwine in quite a muddled way. I would have much preferred the before and after to be better separated as this would have added a lot more suspense, showing a bigger contrast between Rachel considering an affair and then the shocking situation she found herself in after.

There’s a lot of mystery and the last section of the book is chocker-block with twists. And while I had my suspicions about every single character, I couldn’t pinpoint what was going on so everything came as a surprise.

The revelations at the end, however, felt so disjointed, as if the answers were stated rather than explored. Despite everything around her turning into absolute chaos with so much going on, Rachel seemed to shrug her shoulders and simply accept what was happening to her. Her lack of reaction, therefore, meant that there was no emotional resolution to leave me feeling content.

While I did enjoy reading The Patient and believe that the characters were strongly developed, there were just too many things that didn’t connect with me in this one. The potential was definitely there, but too much got in my way to appreciate it more. 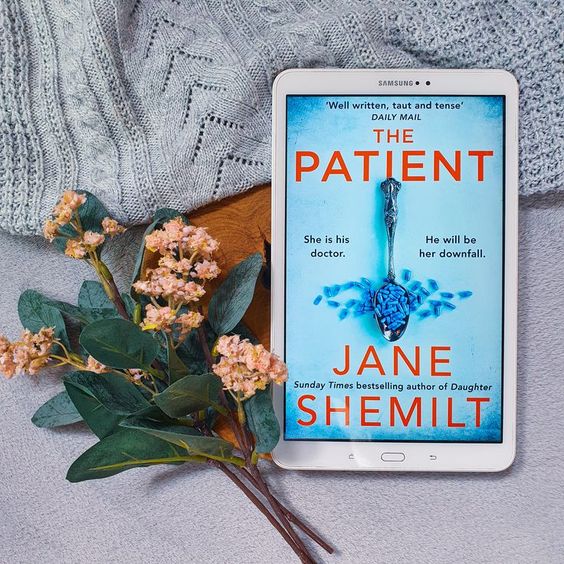