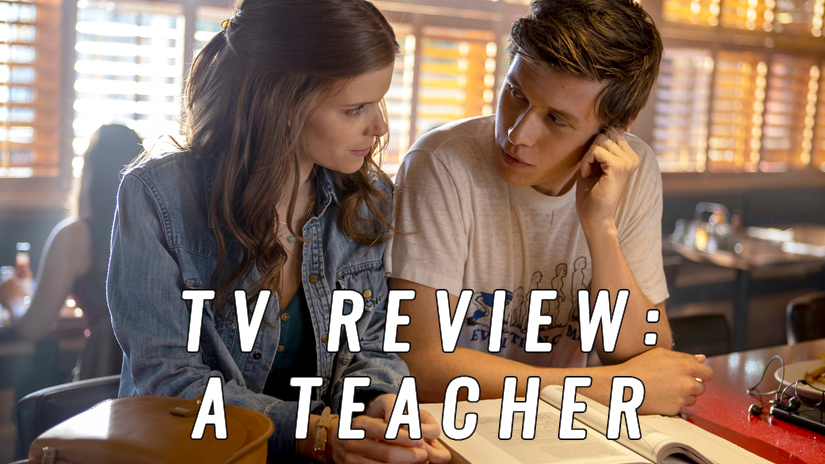 Based on A Teacher by Hannah Fidell, this TV adaptation aired on BBC Two in January 2021. Set from 2013 to 2024, A Teacher focuses on Claire Wilson (Kate Mara), a high school English teacher who has an affair with a 17-year-old student, Eric Walker (Nick Robinson). The miniseries explores the complexities of the relationship and the consequences for both of them and those around them.

A Teacher looks at the subject matter of a student-teacher from an interesting angle, luring you into an exciting relationship with enticing performances and then hitting you with the uncomfortable reality.

I’m a big fan of both Kate Mara and Nick Robinson so I really enjoyed their chemistry. They both give impeccable performances and succeed in engaging you in their lives.

At first, it was difficult to see what message the story was trying to tell because of Robinson’s older appearance. It wasn’t until his final outburst that I realised how young his character was and that the situation really dawned on me. I think that’s what’s so important about stories like this, though. You can go for so long thinking that something is right – Robinson looks older, both characters seem attracted to each other and both appear to be consenting – but it’s only when you look back that you see the inappropriateness of it all.

This is what the final episode does for this series – it gives you that hindsight. The final conversation between Claire and Eric is very admirable, taking down the curtain of Claire’s blurred perspective to allow Eric’s experience to properly sink in.

While watching the series, I was thinking of this as a more of a negative, as I found myself caught up in the moment because of the two attractive leads. But when the series came to an end, I realised that this was a clever technique that succeeded in distracting me. It’s easy to be lured in, but then the dialogue brings back your awareness with full force, accomplishing its goal brilliantly in this final episode.