Set to be released on 13th April, What You Never Knew by Jessica Hamilton follows two sisters, one living and one recently dead, who have just lost their mother. Now, forty-year-old June is shocked to find out that she has been left her childhood holiday cottage on the idyllic Avril Island in her mother’s will. June believed that the island had been sold after the summer of her father’s disappearance when she was only twelve years old. Now, it’s hers. Still reeling from the grief of losing her sister, June travels back to Avril Island in search of answers. As she digs, it takes June no time at all to realize that her childhood summers at Avril Island were not at all what they had seemed to be.

What You Never Knew is an eerie and atmospheric domestic thriller with strong characters and a mysterious puzzle to fit together.

When I read that the book was “Told in alternating points of view between the living and the dead”, I was so intrigued. But of course, I was also fully aware that this narrative technique could result in a bit of a mess at the same time.

But there was no need to fret, as Jessica Hamilton does a brilliant job of making the narration of a dead character feel worthwhile and convincing. The narrative doesn’t give the book a supernatural feel, but instead heightens the relationship between June and May and their desperation to dig up the lies that have been buried in their childhood experiences.

There are some thriller elements to the story as there’s a mystery to solve and someone threatening June on the island, but I connected much more to the compelling and engaging family drama at the centre of it all which revolves around themes of grief, mistrust, and betrayal.

It’s a beautifully written debut that really draws you in. Although a little predictable, I wouldn’t consider that a flaw with this book as it’s the personal approach to the story that you appreciate most about it. I definitely want to see what Jessica Hamilton writes next! 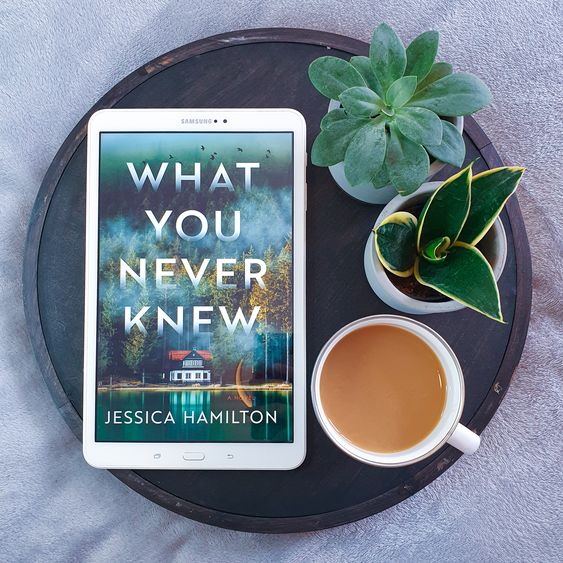