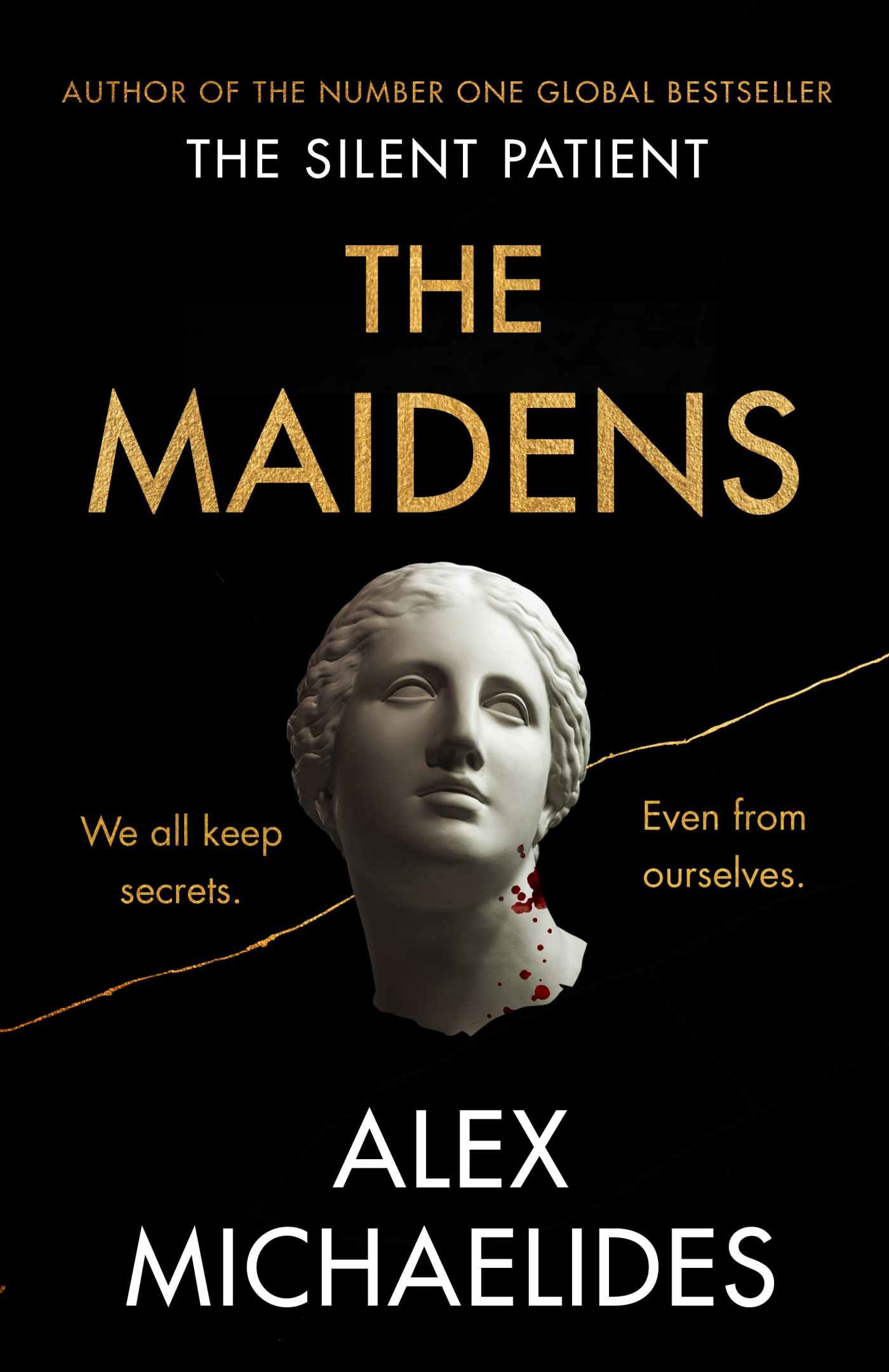 “Edward Fosca is a murderer. Of this Mariana is certain. But Fosca is untouchable. A handsome and charismatic Greek Tragedy professor at Cambridge University, Fosca is adored by staff and students alike—particularly by the members of a secret society of female students known as The Maidens.”

Set to be published on 10th June, The Maidens by Alex Michaelides follows Mariana, a group therapist struggling through her private grief, who returns to St Christopher’s College, Cambridge, the place where she met her late husband, to support her niece, Zoe, at the tragic scene of her best friend’s murder. As memory and mystery entangle Mariana, she grows curious about an exclusive set of students known as The Maidens. A group under the sinister influence of the enigmatic professor Edward Fosca. A man who seems to know more than anyone about the murders – and the victims. And the man who will become the prime suspect in Mariana’s investigation – an obsession which will unravel everything…

Thank you to NetGalley and Orion Publishing for a free advance copy of this book in exchange for an honest review.

If you haven’t read The Silent Patient yet, then I don’t know where you’ve been hiding. It was a book known for its shocking ending, and The Maidens is sure to be remembered for exactly the same reason. I have no doubt whatsoever that this is going to be a very popular book this year!

Sophisticated and expertly plotted, The Maidens is a wholly engrossing and twisty mystery thriller. With short paragraphs, this is a book that you’ll find impossible to put down.

I love how Michaelides weaves Greek mythology into the plot which added a whole other level of enjoyment to this for me. I’m a big fan of Greek mythology already so I found the concept of The Maidens and the use of literature fascinating.

Set in the beautiful city of Cambridge, the landmarks are described well and I could really picture Mariana lurking down darkened streets lined by Gothic architecture. The history feels so atmospheric and the who-dunnit plot is filled with red herrings to keep you under a cloak of mystery.

If you have read The Silent Patient, there’s a great nod to one of the characters which I absolutely loved. It fits into the story really well, and it won’t spoil anything if you haven’t read it. I don’t think the subplot quite fits into the story, however, so there are a few things that I wanted to be more concise. But overall, I really enjoyed this one.

I didn’t see the ending coming at all and had such fun trying to figure this one out. I have a feeling it might split readers, but I don’t think you’ll be disappointed by the journey there. 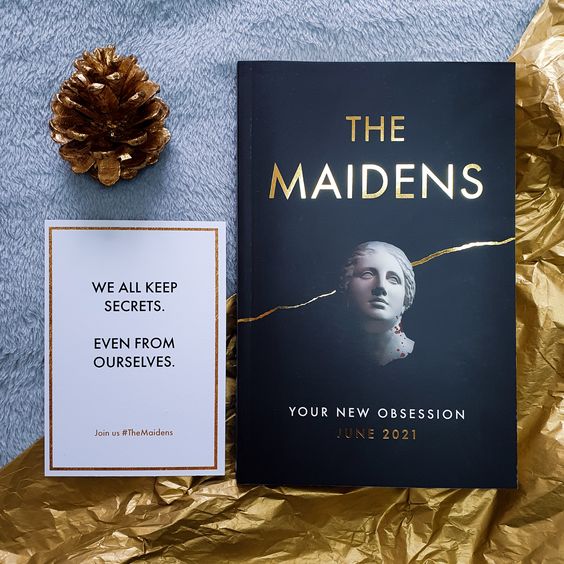 3 thoughts on “Book Review: The Maidens by Alex Michaelides”