“You can save hundreds of lives. Or the one that matters most.”

Set to be released on 22nd June, Hostage by Clare Mackintosh is a claustrophobic thriller set over twenty hours on one aeroplane flight. Mina is trying to focus on her job as a flight attendant, not the problems of her five-year-old daughter back home, or the fissures in her marriage. But the plane has barely taken off when Mina receives a chilling note from an anonymous passenger, someone intent on ensuring the plane never reaches its destination. Someone who needs Mina’s assistance and who knows exactly how to make her comply. It’s twenty hours to landing. A lot can happen in twenty hours.

A tense and twisty thriller, Hostage is a smart and high-tension thrill ride that will have you on the edge of your seat (and with Clare Mackintosh, you’re always in first class!).

The thing I look forward to most of all when reading a Mackintosh book is her standout character development. And as is expected, Hostage is a very character-driven story that’s full of engaging human drama. You can really feel the emotional bond and affection of the family unit at the centre of the story which really grips you emotionally.

Told between three main different points of view – Adam on the ground, Mina in the air, and an unnamed passenger behind the hijacking – I love how the story comes together. Well-paced and full of action, the various angles provides a front-row seat to their experiences. I would have liked the hijacker’s intentions made clearer earlier on as I was wondering what the purpose of their actions were for a while, but the final twists are absolutely brilliant.

Without giving too much away, I really enjoyed the discussion that Mackintosh opens up with her story about how it’s important for us to make changes, no matter how small, but that it’s not always the easy thing to do despite our good intentions. Because although she is using her story to explore a very important topic, she does so without being patronising or preachy.

I especially enjoyed the Author’s Notes at the end which discuss some of the real-life events that inspired her story. At first, there were a couple of things that I thought were a little far-fetched about the hijacker’s plan, but I found the points that Mackintosh makes about how some activists don’t always consider the severity of their own actions when wanting to send a message really insightful. This helped me make sense of the book much better, as I realised how true it is that the actions some people make can often be hypocritical of the point they are trying to prove, which tied into the book brilliantly.

Hostage didn’t leave me breathless from the claustrophobic setting as I was hoping it would, but it is a thoroughly entertaining read and one that I would love to see adapted into a film. 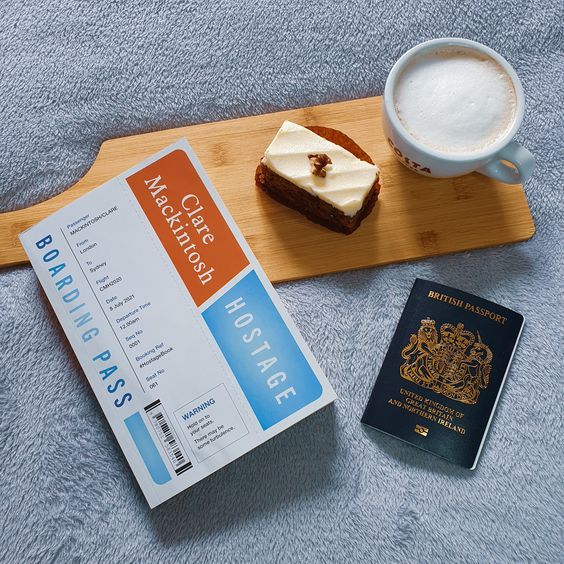