“If you’re on the list you’re marked for death. But why?”

Published in March 2022, Nine Lives by Peter Swanson sees nine strangers each receive an envelope, dropped through their letterbox like any other piece of post. The envelope is unremarkable. There is no return address. It contains a single, folded, sheet of white paper. But for these nine complete strangers, each of them recognising just one name, their own, on the enclosed list. It will be the most life-altering letter they have ever received. It could also be the last, as one by one, they start to meet their end.

Thank you to Tandem Collective and Faber Books for inviting me to join in the readalong for this book and for a free copy in exchange for an honest review.

With a great concept, Nine Lives is an intriguing thriller with an intricate plot that re-tells a classic story in a modern and original way.

There is an obvious like to Agatha Christie’s classic murder mysteries from the beginning which is always something that grabs my attention. Like her books, we have nine strangers who are all connected by this potential danger. So we know that there must be some kind of link between them.

But unlike Christie’s books, there are no clues or red herrings given to allow you to build up any predictions. Instead, the book is very character-driven, giving a lot of detail about these nine characters. Because of this time spent on them, you do get to know them all individually, but I also didn’t have enough time to warm to any of them enough.

There was only one character I was beginning to sympathise with and I joked that they would probably be the killer, which in fact was the case. But overall, I found it quite hard to visualise any of them and their deaths lacked enough focus for their demise to have any impact.

The detectives working on the case also only come up with one theory, so it’s obvious where the link is going to lead to in the end as there are no other possibilities to consider. This took away all of the excitement for me. Because I didn’t have the opportunity to guess what was going on uncover any potential motives, it meant that, as a reader, I couldn’t get involved.

However, there are a few great twists thrown in later which almost tempted me to up my rating, as the book really picks up towards the end. I loved the final conclusions, but it just took so long to really get into the story that I feel like so much more could have been done to better grab your attention at the start.

I would definitely still recommend this one, though, as it’s a very clever story that plays great homage to the crime Queen of mystery, and I look forward to reading more by Swanson in the future. 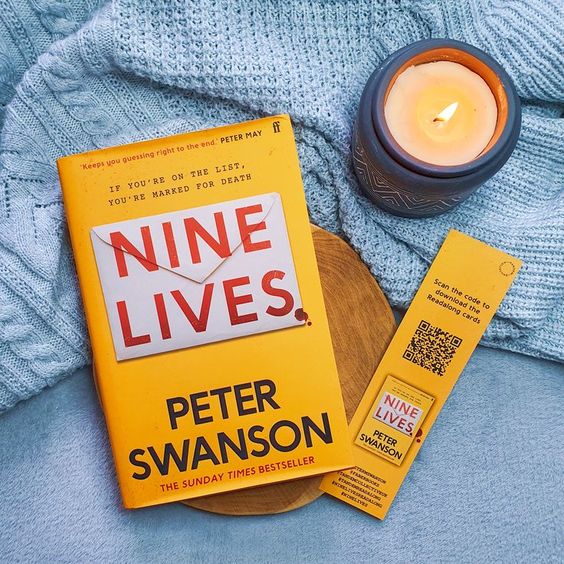