“A choice is only really a choice if there’s a genuine alternative. Otherwise, it’s manipulation and it’s taking advantage.”

Published in 2018, The Lost Man by Jane Harper follows two brothers who meet at the border of their vast cattle properties under the unrelenting sun of outback Queensland, at a landmark known as the stockman’s grave. The landmark is so old that no one can remember who is buried there. But today, the scant shadow it casts was the last hope for their middle brother, Cameron. Something had been troubling Cameron. Did he lose hope and walk to his death? Because if he didn’t, the isolation of the outback leaves few suspects…

Slow and brooding doesn’t always immediately pull you in, but Jane Harper knows how to entice every single one of your senses with her mysterious, atmospheric thrillers, and The Lost Man is another brilliantly written and character-driven story that you’ll be thinking about long after putting it down.

Set in the remote Australian outback, Harper makes full use of her settings. You can feel the suffocating heat, hear the circling birds of prey above, and feel the roughness of the dry sand on your hands as you easily picture her characters and feel the tensions that begin to surface at the stockman’s grave.

The Lost Man certainly feels more character-focussed than her other books so far, but I fell in love with every single one of them (not Cameron, obviously). As long-buried truths started to come unravelled, I was desperate for them to find the answers and consolation that they each sought.

With lots of surprises, layers of emotion, and an atmosphere that takes over you, it’s no wonder Jane Harper is one of my favourite authors as she continuously delivers on every level. 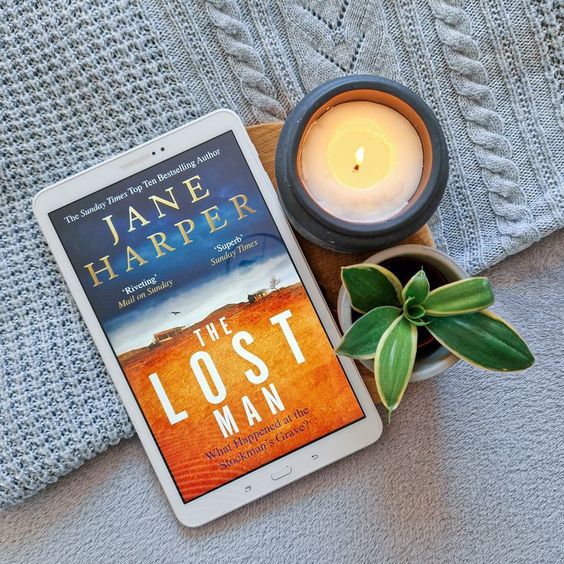