The third book in Alex Pines’ DI James Walker series and set to be published on 13th October, The Winter Killer is set on New Year’s Eve as the clock strikes midnight, when DI James Walker receives a phone call that puts paid to his Christmas break. During the wedding of the year at a lakeside hotel, the bride’s sister has vanished.

When Rachel left the wedding breakfast before her speech, newly-wed Libby was furious. But as the night went on with no sign of her maid-of-honour, Libby started to realise something was wrong. Before the wedding night is out, the lake is being searched for a body. Something old, something new. One guest is a killer. The question is: who?

A strongly developed thriller with an interesting case, The Winter Killer is a hard-to-predict investigation with a wedding-clad party full of guests to suspect.

I always find Pine’s writing so easy to follow, making his thrillers quick-paced and his characters easy to engage with. DI James Walker is very to-the-point, meaning that his investigations progress quickly, and there are plenty of lies to uncover to keep you guessing.

Although the third book in the series, the book can easily be read as a standalone and there’s even a character list at the start of the book to introduce you to who’s who which I always find very useful.

But while The Winter Killer is a highly enjoyable book, what’s let me down is the title, as it always annoys me when a thriller is promoted as being more sinister than it actually is. Because for me, there definitely wasn’t enough winter or killing.

When a killer is given a nickname by the media, you expect more of a high-profile case. While the detectives had no clue who committed this crime and this is what was most striking about the case, there is only one body and there are no shocking events surrounding the case to really make the killer deserving of such a name.

I certainly couldn’t predict who the killer was and I enjoyed how the story concluded, but I was just expecting more blood and more snow, so it just wasn’t as exciting as the previous two instalments in the series.

I would definitely still recommend this book, especially if you want an easy thriller to read over the colder months. But if Pine intends to write a fourth book, I just hope he gets a little more daring.

Let’s also make Annie a more prominent character again, as I hated to see her portrayed as the new mum, waiting for her husband to come home. She had lots more depth in the first two books but her character had absolutely no dimension this time around which was really disappointing to see. 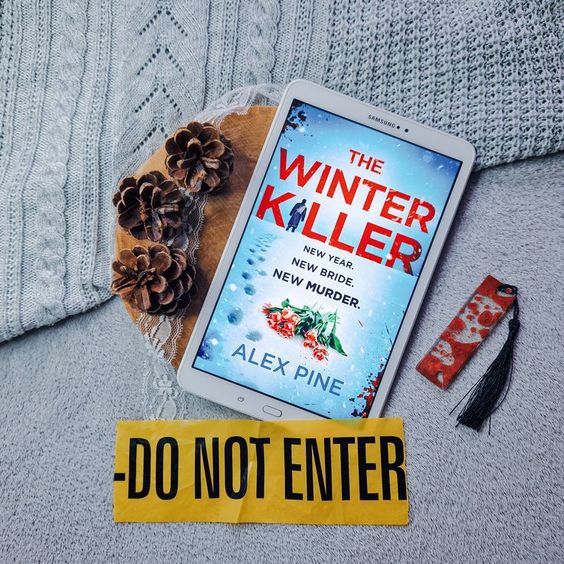