“The truth is a kind of prey – a creature that has to be pursued and dragged into the light. But I think of it more as a predator. I think, given time, the truth will take up the hunt itself. All we have to do is wait – because, Daniel, sooner or later, it will come and find you.”

Set to be released next month, Every Missing Thing by Martyn Ford follows one family, two missing children, and a lifetime of secrets. Eight years ago, ten-year-old Ethan Clarke’s disappearance gripped the nation. Just as his parents are starting to come to terms with it, their world is ripped apart once more when their daughter, Robin, disappears in almost identical circumstances. Now, doubts about their innocence are setting in.

Detective Sam Maguire has unfinished business with the Clarkes. He is convinced that discovering what happened to Ethan holds the key to finding Robin. But what if the Clarkes know more than they’re letting on? With the world watching eagerly, the clock is ticking for Sam as he embarks on an investigation that forces him to confront his own demons. To uncover the truth, he must follow a trail of devastating deception.

This is my Amazon First Reads selection for September 2020.

Although quite a slow-moving story, Every Missing Thing is well-written with brilliant descriptions and, most notably, it takes a few risks. However, it is a slightly bumpy ride and needed a little smoothing out to fully appreciate the effect of its final punches.

Although the characters and story are set up well, it needed more context in the beginning. One of the Clarkes’ children went missing eight years ago, and now their daughter has been taken too. But to simply state the facts doesn’t make it a compelling case. We needed a reason to care. What were the emotions at the time of Ethan’s disappearance? How was everybody involved feeling now that history was repeating itself? Most importantly, why is Detective Sam Maguire so caught up in this case?

The trouble with Sam as our lead character is that he is so self-destructive that he’s difficult to relate to. But I did feel some empathy towards him at times. He makes plenty of insightful comments, but his actions are by no means justifiable. He certainly has a lot of good qualities as he’s determined to find out the truth about the Clarkes. But at what cost? His reasons for going to the extreme are clear, but it’s not enough to make his efforts seem valid or even worthwhile.

It isn’t the easiest of stories to follow as the plot feels quite jumpy so it didn’t grip me, but there were definitely a lot of aspects that kept me interested. I like the scenes that were described from the points of view of webcams and CCTV cameras as this felt original, although I was expecting it to build up to something bigger so it didn’t completely come together, for me.

In the end, it just felt like another distraction, and with so much going on, it was easy to get lost in the plot. I really liked the concept and story, and the final revelations were definitely worth the wait, but I do think that it could have been tightened up better to give more of an impact. Most of all, I was missing the emotional connection.

Still, Every Missing Thing is a well-written book with some original ideas, one that is daring enough to do things differently which is definitely worth some praise. 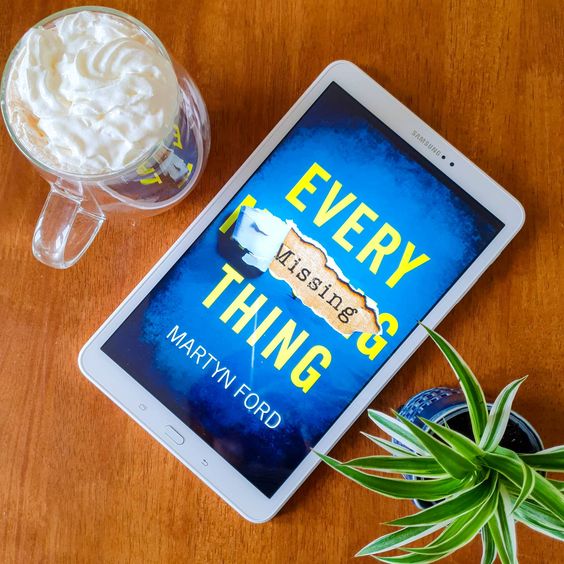