“The truth, however ugly in itself, is always curious and beautiful to seekers after it.”

Originally published in 1926 and the fourth instalment in the Hercule Poirot series, The Murder of Roger Ackroyd by Agatha Christie is narrated by the local doctor, Dr James Sheppard, who finds his friend dead after an evening meal together. But Roger Ackroyd knew too much. He knew that the woman he loved had poisoned her brutal first husband. He suspected also that someone had been blackmailing her. Then, the evening post brought Roger one last fatal scrap of information. But before he could finish reading the letter, he was stabbed to death. Luckily, King’s Abbot has a new resident – none other than Monsieur Hercule Poirot himself – who enlists Sheppard’s help to find out who’s behind the murder of Roger Ackroyd.

When you read lists about what books you must read in your lifetime, The Murder of Roger Ackroyd is usually mentioned. So with the implication being that this is Christie’s best, I was really looking forward to reading this one after loving many of her others.

Unfortunately, I went into this one knowing who the murderer was (yes, someone had massively spoiled this one for me!). But the great thing about Christie’s books is that you instantly want to reread them after finishing them for the first time to see if you can spot the hints early on. So this felt like a second read for me in some ways, as I was keeping an eye out for all of the subtle clues.

Although, as it turns out, they weren’t so subtle. Narrated by Dr James Sheppard who assists Poirot in the investigation, a certain phrase is picked out by Sheppard at the end that brings attention to a lapse in the timeline. I would love to know if I would have picked up on this not knowing who the murderer was, but it felt so obvious to me and like a complete giveaway to me, one that could have been avoided. But maybe that’s just because I knew what to be looking out for, so it’s a shame that I will never have that fresh approach to it.

Nevertheless, I was still intrigued to see how the murderer would be revealed and how Poirot would masterfully piece it together, as he always does. There are plenty of great twists along the way and I am forever impressed by how complex Christie makes her characters, ensuring that they all have an important part to play.

Personally, I much prefer the other Christie/Poirot books I have read so far, but I can still see why this one is classed as one of the best ever crime novels as Christie is truly a brilliant storyteller. 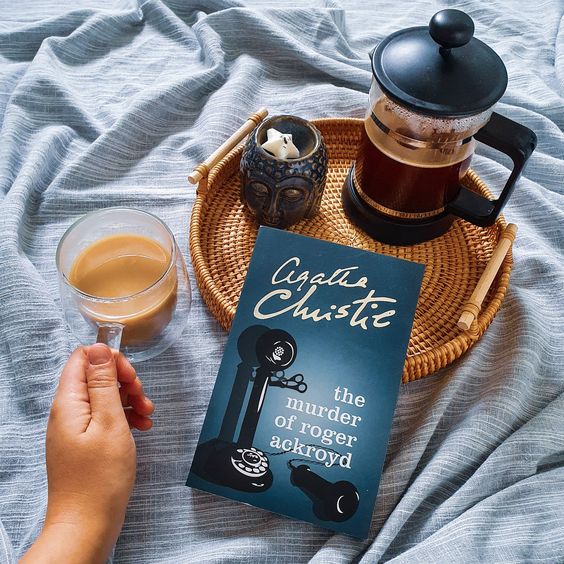