“You thought no one saw you. You were wrong.”

Set to be released on 24th June, False Witness by Karin Slaughter follows defence attorney Leigh Collier who has worked hard to build what looks like a normal life. She has a good job, a daughter doing well in school, and even her divorce is relatively civilised – her life is just as unremarkable as she’d always hoped it would be. But Leigh’s ordinary life masks a childhood that was far from average; a childhood tarnished by secrets, broken by betrayal, and finally torn apart by a devastating act of violence.

Then, a case lands on her desk – defending a wealthy man accused of rape. It’s the highest-profile case she’s ever been given – a case that could transform her career–if she wins. But when she meets the accused, she realises that it’s no coincidence that he’s chosen her as his attorney. She knows him. And he knows her. More to the point, he knows what happened twenty years ago. And unless they stop him, he’s going to tear their lives apart.

Thank you to NetGalley and Harper Collins for a free advance copy of this book in exchange for an honest review.

This is exactly how I like my Karin Slaughter: False Witness gets right to the action and doesn’t hold back. Bursting with tension, it’s dark, intense, and thoroughly engrossing from the opening chapter.

Slaughter always creates such strong characters and Leigh and Callie are no different. Their sisterly bond and complex relationship is explored impeccably and I really felt like I was experiencing this with them. My heart ached for Callie, a long-time heroin addict after years of regular sexual assault and a childhood injury that resulted in a broken neck. But Callie didn’t consider herself a victim, and Leigh doesn’t treat her like one. So despite what they have been forced to do, they are still willing to do whatever it takes to protect each other, and you will want to fight alongside them until the very end.

There’s so much about Callie and Leigh’s lives that I hope never to experience, but there were also a handful of things that felt painfully raw. Slaughter really knows her stuff, and that’s why I love her so much as an author. Although she often tackles hard-hitting subjects, her commitment to the truth and meticulous research always shine through. Her stories may be dark, but she never neglects to remain considerate. She knows exactly how people who have experienced these harrowing situations feel and the different ways that people can react to trauma. And this is why I’m always so invested in her books, as she is full of compassion while ensuring that she is as genuine as possible.

Alongside all of the dark and gritty crime is some of Slaughter’s social and political commentary which she expertly blends into the story. I especially liked the discussions around the impact of the pandemic in regards to social care, jobs, and food poverty. The author’s note at the end is well worth a read, too, to find out more about this.

There are many trigger warnings for this one, mostly revolving around sexual abuse and drug use, so please do be warned that this is a disturbingly graphic book. But if you’re up for the challenge, you’ll soon see why Slaughter is my Queen of crime. 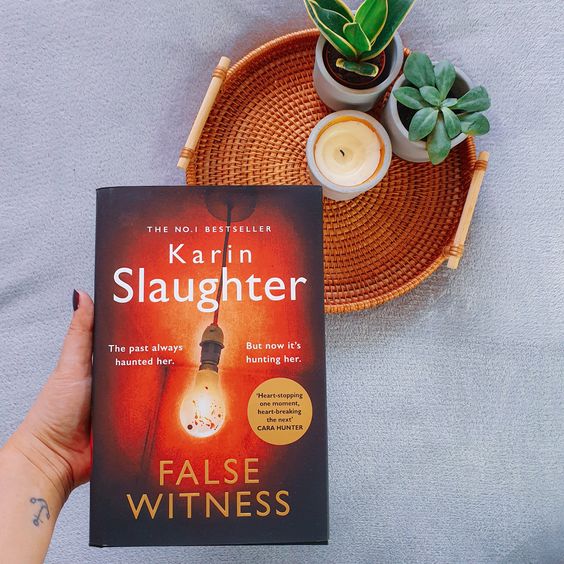