“Being an adult is only an illusion. When it comes down to it I’m not sure any of us ever really grow up.”

Published in 2018, The Chalk Man by CJ Tudor tells the story of Eddie and his friends who, in 1986, are just kids on the verge of adolescence. They spend their days biking around their sleepy English village and looking for any taste of excitement they can get. The chalk men are their secret code: little chalk stick figures they leave for one another as messages only they can understand. But then a mysterious chalk man leads them right to a dismembered body, and nothing is ever the same.

In 2016, Eddie is fully grown and thinks he’s put his past behind him, but then he gets a letter in the mail containing a single chalk stick figure. When it turns out that his friends got the same message, they think it could be a prank–until one of them turns up dead. That’s when Eddie realizes that saving himself means finally figuring out what really happened all those years ago.

This is my second CJ Tudor book after The Burning Girls still remains my favourite read of the year so far. So I knew that I needed to read more by her and quick, and The Chalk Man is another disturbingly dark thriller that will get right under your nails.

As Tudor’s debut, this is such an impressive book! You can definitely see where some of her influences come from but that only made me enjoy this book all the more. The spooky atmosphere of the woods and the fairground is described magnificently, as you can really feel the gloominess creeping up on you like a thick mist.

Told through Eddie’s point of view, you never know whether to trust him or not but you begin to suspect every single character. I couldn’t predict any of what was to come and the final deranged twist is absolutely brilliant!

I love a dark thriller with horror elements so it’s no wonder that CJ Tudor has quickly become one of my favourite authors. If you like a book that makes you squirm in your seat and distrust everyone around you, then The Chalk Man is definitely for you! 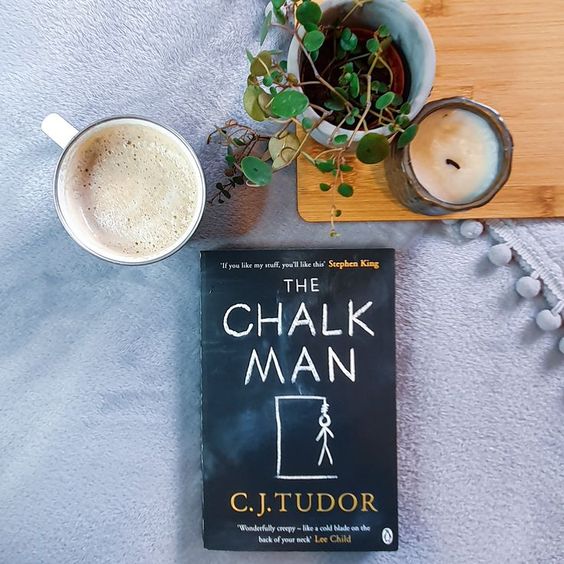