“I was the girl who survived the Nothing Man. Now I am the woman who is going to catch him…”

Originally published in 2020, The Nothing Man by Catherine Ryan Howard sees Eve Black publish her new true-crime memoir about her obsessive search for the man who killed her family nearly two decades ago. Everybody is reading it, including supermarket security guard Jim Doyle. With each turn of the page, his rage grows. Because Jim was – is – the Nothing Man.

First of all, what a fantastic concept! The book-within-a-book structure instantly captures your attention and you’ll struggle to put it down in anticipation to see how it’s going to come to an end. Has Eve figured out who the Nothing Man is? Or will Jim get away with it?

As we get to read Eve’s account of the night her family were murdered and then see it told from the point of view of the murderer, it’s really interesting to get a full account of the experience. I especially enjoyed Howard’s conversations around how we consume so much true-crime as entertainment and often neglect to think of the victims, so it’s a brilliant technique to place the reader on Eve’s side.

However, because it’s so reminiscent of a real true-crime story, The Nothing Man is very heavy with detail. So I did find the first half of the book quite slow to get into is Eve tells us about the Nothing Man’s first victims. But that’s only because I usually want to get to action quite quickly, whereas Howard takes the time to really set the scene.

I think it would have been brilliant to listen to as an audiobook, though, as it is these gruesome details that you want to devour in a documentary so it would definitely read much better through audio. And still, the second half of the book soon grips you as it begins to build up to a climactic confrontation.

I read Howard’s latest release, 56 Days, earlier this year which I absolutely loved, and The Nothing Man is definitely another book to add to my favourite thrillers. I can’t wait to see what she writes next! 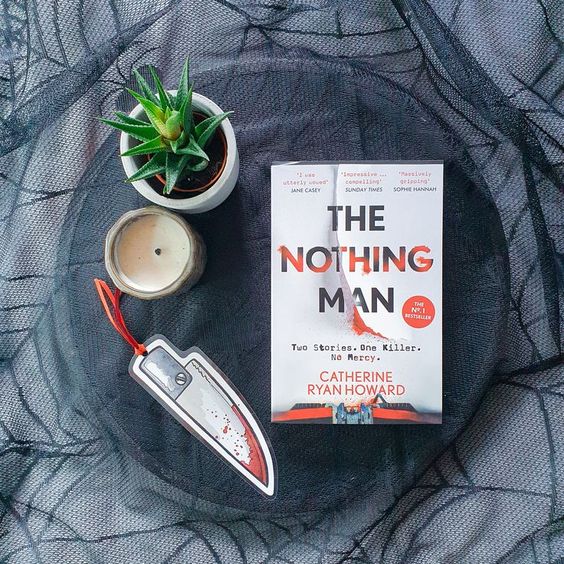