“You can cover up the truth, but every murder leaves a trail…”

The second book in the DI Isabel Blood series, Without A Trace by Jane Bettany sees Ruth Prendergast return home one night to find a man lying on her bed – a knife buried in his chest. When Detective Isabel Blood and her sergeant arrive on the scene, Ruth claims she’s never laid eyes on the victim before. But with no sign of a break-in, how did the killer gain access to the house? Then Ruth disappears, leaving Isabel and her team to fear the worst. Has their lead suspect escaped, or is Ruth in danger herself? Forensic evidence at the crime scene is sparse, and it’s proving impossible for Isabel to make a breakthrough. With Ruth still missing, time is running out. But how can you catch a killer that doesn’t leave a trace?

I read the first book in the series, In Cold Blood, last year and absolutely loved it, so I was very excited to pick up the next book in the DI Isabel Blood series.

Without A Trace is another in-depth police procedural centred around strong characters and an interesting crime. While the case itself isn’t as striking as the mystery in the first book, it’s still a complex and well-developed investigation that will keep you guessing throughout.

However, your enjoyment of this book will depend on how you like your thrillers. If you like heavy detail, then you will be impressed by Bettany’s knowledge of how to investigate a murder. Some readers, however, may find the pace a little slow to begin with, but you soon become more and more engaged as the answers begin to emerge.

While I enjoyed getting to learn more about DI Isabel Blood’s life, you don’t get to know her very personally in this book as she’s so focused on the case, so I would recommend that you read the first book before to get to really like the characters. Without A Trace can definitely still be read as a standalone, though, but In Cold Blood is not a book that you want to miss out on. 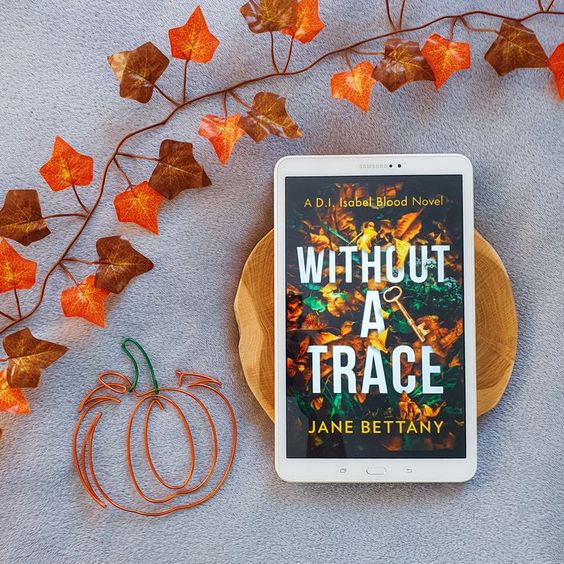