The third book in the Robert Hunter series and originally published in 2011, The Night Stalker by Chris Carter sees Detective Robert Hunter of the Los Angeles Homicide Special Section investigate the murder of a an unidentified female body that’s brought into the morgue. The cause of death is still unclear. Her body bares no marks; except for the fact that her most intimate parts have been stitched shut. But what shocks the pathologist the most is that the killer had left something inside her.

Within days, a new body surfaces, left in the same way. When Hunter’s inquiry collides with a missing persons’ case, he suspects the killer might be keeping several women hostage. Soon, Robert finds himself on the hunt for a murderer who is much more monstrous than he ever could have expected; a predator whose past hides a terrible secret, and who won’t stop until each of his victims has brought forth the awful truth.

Another gruesomely dark instalment in this phenomenal series, The Night Stalker gets right into the macabre details of the gory and sinister actions of a serial killer. You’ll need a strong stomach from the start with this one, and that’s what I love about Carter’s books. There’s absolutely no messing about, filling you with suspense from the very first page.

The chase to find the killer is full of tension and fear making The Night Stalker is an easy book to devour. The short chapters keep you rapidly turning the pages, and Hunter’s meticulous investigation keeps your intrigue high.

Chilling and sadistic, I’m always impressed by Carter’s masterful storytelling. We didn’t get to find out much more about Hunter or Garcia in this instalment as Commander Barbara Blake is brought in to help out, which I felt was a bit of a distraction. But other than that, Hunter’s work never fails to keep me glued to the page. 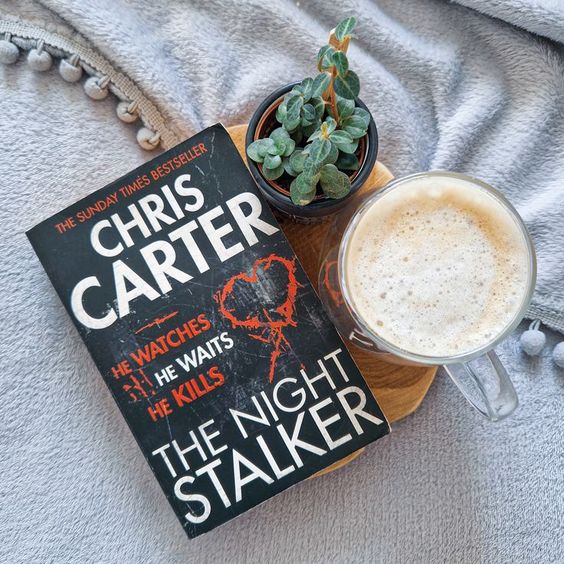