Published in 2018 and the second book in the Aaron Falk series by Jane Harper, Force Of Nature sees five women reluctantly pick up their backpacks and start walking along a muddy track, but only four come out on the other side.

The hike through the rugged Giralang Ranges is meant to take the office colleagues out of their air-conditioned comfort zone and encourage teamwork and resilience. At least, that’s what the corporate retreat website advertises. Federal Police investigator Aaron Falk has a keen interest in the whereabouts of the missing hiker, Alice Russell. Because Alice knew secrets about the company she worked for and the people she worked with.

The four returning women tell Falk a tale of fear, violence and fractured trust during their days in the remote Australian bushland. And as Falk delves into the disappearance of Alice, he begins to suspect some dangers ran far deeper than anyone knew.

After absolutely loving the first book, The Dry, and the recent film adaptation, I couldn’t wait to read this second book in anticipation of book three coming out early next year.

And I was so happy to be back in the world of Jane Harper, which is always full of engrossing atmosphere and compelling twists. But while Force Of Nature is a brilliant mystery with an investigation that had me hooked, I was expecting a little more with this one.

Firstly, I don’t think we get to know Falk any better in this instalment. While we get a little more insight into his relationship with his father, his character felt too much in the background here, and I think I would have struggled to engage with him had I not go to know him so well in The Dry.

And secondly, I was a little baffled about the way this investigation was initially handled. I didn’t understand why Falk was attached to the case at first, other than having an unknown connection to Alice, and then I couldn’t understand why the other characters weren’t properly questioned.

When you’ve read so many detective stories, you start to get a feel for how investigations go. A crime is committed, and the group involved are kept close by to tell their version of the story. But here, the group of females are allowed to go their separate ways, making it feel like everyone believed that Alice was just clumsily late rather than curiously missing here.

While Falk was briefly able to talk to a few involved, we didn’t get to see the other females give an explanation about how Alice went missing, other than them saying that she had gotten lost. So because I only knew that Alice was missing and not any supposed circumstances around her disappearance, I wasn’t as curious to fill in the gaps.

While this did make sense at the end, it just irritated me that the investigation was handled in this way and that we weren’t made more suspicious of what had happened. Because without any attempt to get one of the other women to slip up, I just didn’t feel like anyone was that bothered.

It didn’t help that the group of women were so petty as, instead of wondering if any of them had something to do with Alice’s disappearance, I hoped they all suffered some kind of comeuppance for being so nasty to each other. The insult “bitch” was thrown around a lot which felt a little uncessary, and left me wanting to throw them all off a cliff rather than be exonerated.

I’ve been really negative here but I did actually really enjoy this book. The mystery is a great one and the past narrative was absolutely full of tension. I just wanted the present to tease you a little more with what/who was about to come undone.

Nevertheless, filming has begun for the film adaptation and I am still very excited to see it! 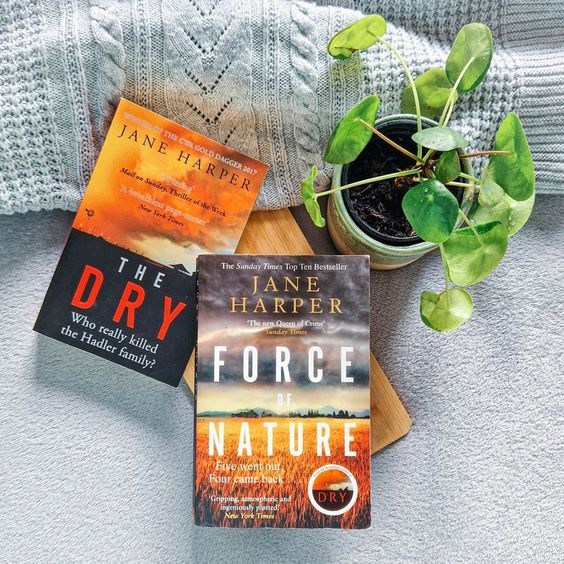