“Survival can be murder…”

Set to be published on 19th January, The Drift by CJ Tudor follows three ordinary people who risk everything for a chance at redemption.

Hannah awakens to carnage when, during a hasty escape from a secluded boarding school, her schoolbus careened over a hillside road during one of the year’s heaviest snowstorms, trapping her inside with a handful of survivors, a brewing virus and no way to call for help.

A former detective, Meg awakens to the gentle rocking of her cable car which is suspended far above a snowstorm and surrounded by strangers in the same uniform as her, with no memory of how they got there. They were heading to a mysterious place known only to them as The Retreat, but when they discover a dead man among their ranks, Meg soon realises that there’s something far more insidious going on.

Carter is gazing out the window of the abandoned ski chalet that he and his ragtag compatriots call home. Together, they manage what they can to survive. But as their generator begins to waver, the threat of something lurking in the chalet’s depths looms larger, and their fragile bonds will be tested when the power finally fails -for good.

The imminent dangers faced by Hannah, Meg and Carter are each one part of the puzzle. Lurking in their shadows is an even greater threat–one that threatens to consume all of humanity.

A claustrophobic chiller thriller set in the not-too-distant future, The Drift is a suspenseful and exhilarating survival story chocker block full of tension.

The story is told over three timelines, and each begins in a brilliantly impactful way. As they each follow a different set of characters in very different situations, you can feel a link running through them as we are slowly fed more information about how they came to be in this situation.

What kept me so gripped is because of how well Tudor managed to explore three so different catastrophes in an already catastrophic world. There’s a bus crash, a broken-down cable car, and an abandoned ski chalet. All would have been fascinating stories on their own. But without giving anything more away, the way these stories came together completely blew my mind. It was incredibly clever, and I was not expecting that at all.

We all encountered a lockdown due to a fast-spreading virus recently, so the events of the story felt all too real at times. But I love how Tudor has used our experiences of how a virus spreads and how it is handled to influence her story. There are moments you can relate to, but then she brilliantly takes it up a notch to show the extremes of such an event if that virus were more deadly.

The only reason I haven’t given this a full five stars is that I expected it to be… dirtier… for a CJ Tudor book. I wanted it to be a little darker, a little more gruesome. I was expecting the skin-melting horror of The Thing, but the gore was very mild, so it didn’t make me squirm in my seat as I had hoped.

The Burning Girls terrified me, and I always get a chill when I think about The Chalk Man, but the same level of fear was missing for me to rank more highly for me. However, the atmosphere is still very strong, and I’m happy that this will appeal to a more mainstream audience, so I hope that it gets more people reading this amazing author! 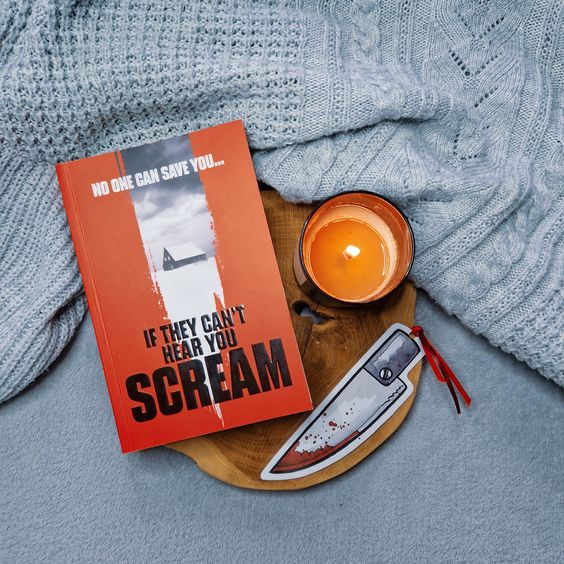